In the 1970s, Atari dominated the video games market. 50 years later, the company only just now surfaced from the red. Now it wants to revitalize its games division with a host of new games based on old-school franchises. 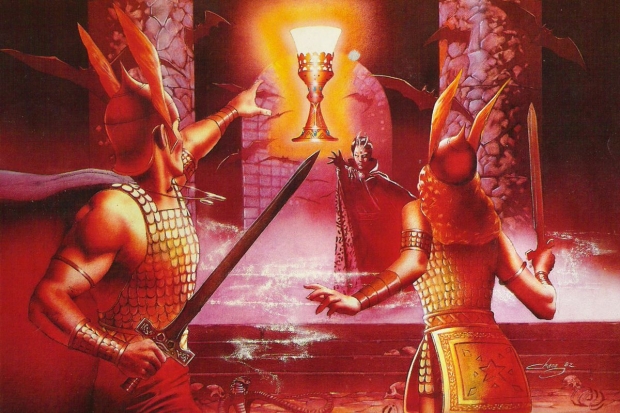 Today Atari announced it will split its business into two parts: Gaming and blockchain. The former has big implications for Atari's current background presence in the games industry. The company promises to work on new games set in classic IPs that will be resurrected for the current gaming market. Atari says these new titles will branch out to include consoles and PC across the full spectrum, complete with games with "meaningful singleplayer campaigns."

"In addition, new development will be shifted to console and PC, with an emphasis on revitalizing classic Atari intellectual property for the modern era. These new releases will share the classics' instant enjoyability, while introducing a meaningful single-player campaign, couch co-op/multiplayer, and online play," the company said in a recent press release.

Atari has a rich vein of wholly-owned IPs, but one of them stands out as a possible singleplayer RPG: Swordquest, the fantasy series originally released on the Atari 2600. This particular series of games has a rich mythology thanks to the famed giveaways and the cancelled third game, Air World.

An older document shows the IPs that Atari owns as of 2015, which ranges from franchises like Alone in the Dark to the arcade classic Centipede.

Other parts of Atari's new gaming division include the recently-released Atari VCS console. The company promises to support the platform with a bunch of new first-party and third-party games.