Call of Duty's Big Three have absurdly demanding install sizes; Black Ops Cold War and Modern Warfare take up over 150GB on consoles, and that's without Warzone's installed. Now Treyarch is doing something about it. 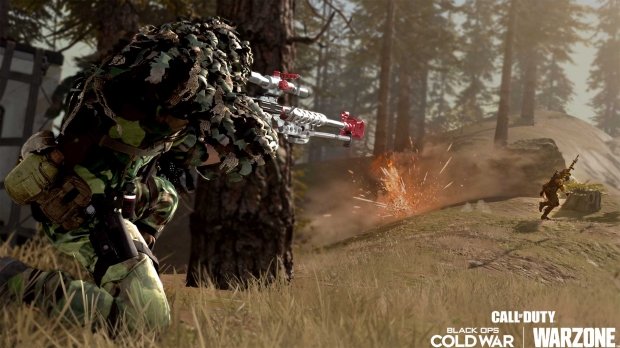 After months of waiting, Treyarch is finally shrinking install sizes for Cold War, Modern Warfare, and Warzone. The new Season Two Reloaded update will compress data through a new optimization system and save gamers up to 33GB of hard drive space. There's just one catch: Gamers have to download a 50GB+ patch before their existing installs will shrink.

The Season Two Reloaded patch is rolling out for Cold War, Modern Warfare, and Warzone. The update is pretty big for Warzone players, and clocks in at 52GB-57GB on consoles and 54GB on PC. If you want to update both Modern Warfare and Warzone on PC, the install size is doubled to a huge 133GB.

After the update gamers will see tens of gigabytes shaved off of their total installation.

The following is the approximate reduction that will be seen for both the free-to-play Warzone and full Modern Warzone/Warzone files on each platform: