NVIDIA is expected to unveil its new GeForce RTX 3070 Ti graphics card in the coming weeks, which will be based on the GA104-400 GPU and reportedly come in two versions: 8GB and 16GB GDDR6X models.

NVIDIA's new GeForce RTX 3070 Ti will reportedly be "more competitive" to AMD's new Radeon RX 6700 XT graphics card, with VideoCardz noting that NVIDIA will be introducing a crypto mining hashrate limit -- why, I don't know especially when they "accidentally" removed the hashrate limiter from the GeForce RTX 3060. 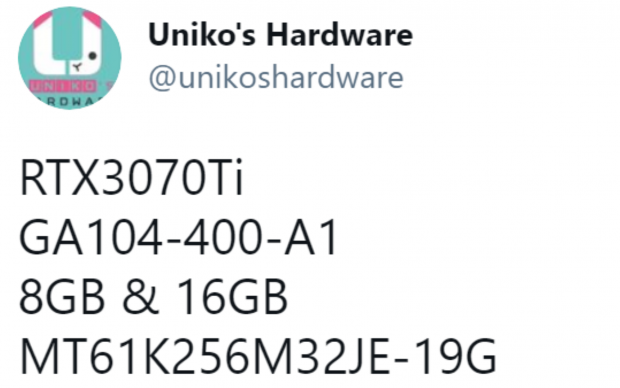