It's official: Final Fantasy 7 Remake is coming to the PlayStation 5, and PS4 owners get a free next-gen upgrade. 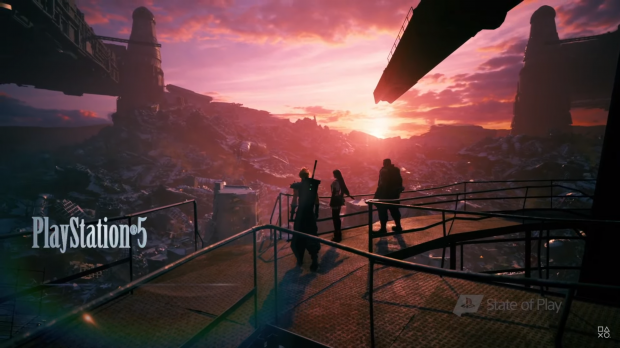 A next-gen version of Final Fantasy 7 Remake is coming June 10, 2021 for PlayStation 5, complete with high-end optimizations. The game will have two modes: a 4K mode that prioritizes graphics and visuals, and a 60FPS mode that boosts frame rates--which is a big deal for an action game like FF7R. Other tweaks include ultra-fast loading via the PS5's SSD (the game will load in just seconds), new atmospheric fog and lighting effects, and improved textures.

Square Enix is offering a free next-gen upgrade to anyone who bought the PS4 version, and your saves will transfer over. There's also a normal difficulty for classic mode and a photo mode to boot.