Did you or anyone you know buy any apps from the Apple App Store or Google Play Store on Christmas Day? If so, you contributed towards a record-breaking $407.6 million on Christmas Day alone. 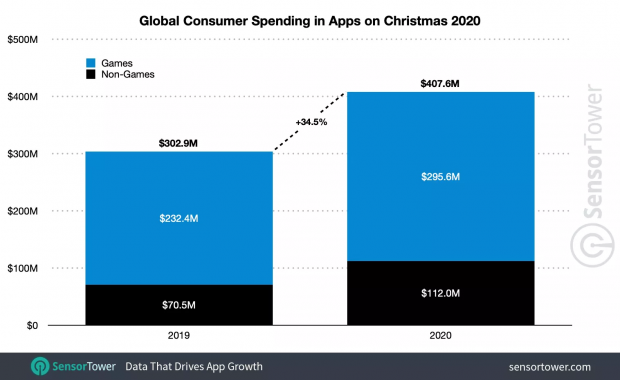 Sensor Tower estimates that worldwide spending on mobile apps and mobile games has passed $100 billion for the first time ever -- but on Christmas Day alone they estimate spending reached an also-record-breaking $407.6 million for the day. This is an increase from the $303 million in 2019 -- an increase of 34%. 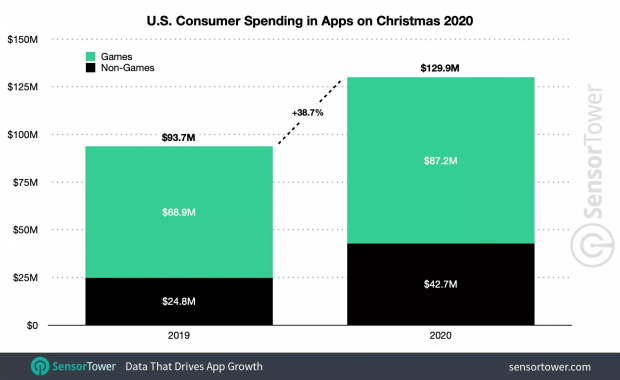 Breaking those numbers down to just the US, and Americans spend close to $130 million between both the app stores which represents a hefty 38.7% increase year-over-year. $87 million of game sales, and $42 million of app sales in the US on Christmas Day alone, not bad. 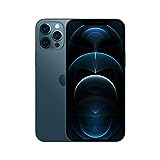