Today, carbon Studio revealed that it is hard at work porting The Wizards: Dark Times to the Oculus Quest platform. The studio is gearing up for an early 2021 release. 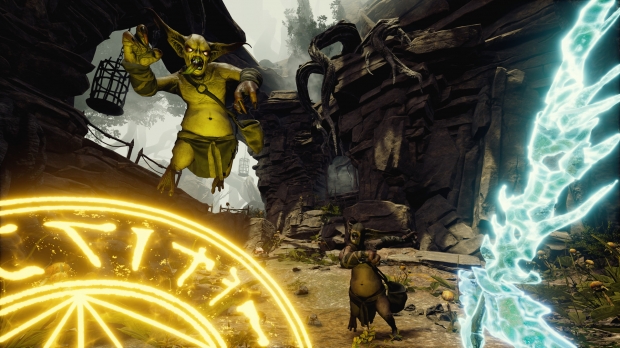 Carbon Studio launched The Wizards: Dark Times on PC VR over the summer, and it's had fantastic reviews from gamers and tech media. This spellcasting VR adventure is the follow-up to the critically acclaimed The Wizards, which also got rave reviews.

The Wizards: Dark Times features some of the most impressive graphics found in any VR game, so it comes as quite a surprise that Carbon Studios is making it work on the standalone Oculus Quest platform. Of course, the graphics in the Quest version are toned down quite a bit.

UploadVR got an exclusive look at an early build of the game and released 12-minutes of gameplay. It looks like Carbon Studios has done an excellent job bringing the game's mechanics to the Quest, but you can clearly see the graphics don't really compare to the PC version. That said, graphics don't make a game fun, and Quest owners really won't care if the PC version looks better if they don't have a PC to play it.

Carbon Studios did not announce a release date for the Quest version of The Wizards: Dark Times, but the company said it should be available early next year.