Sea of Thieves has broken another big milestone and now has more than 11 million pirate adventurers logging in worldwide.

2020 has been a big year for Microsoft's online swashbuckler Sea of Thieves. Between Steam, Windows 10, and Xbox consoles, Sea of Thieves now has 11 million people playing across the globe. RARE didn't give exact figures on how many of these are Game Pass players, but the devs did outline what's next for the game.

"2020 has had more players so far than 2019, and 2019 had more players than 2018. It's been great to see this continued grow of the game as more people come in from all over the world," said executive producer Joe Neate.

"That growth has seen more than 11 million people playing Sea of Thieves this year alone, which is just incredible. Part of that was contributed to by our Steam launch which was in June this year. We saw over a million people come into the game within that first month on Steam. We've seen players from Korea, from China really adding to the growth of the community worldwide

Neate also says since 97% of playtime is spent adventuring, the team will focus on that mode over arena. That means arena's updates will slow down over time and the mode will be maintained, but not necessarily dramatically overhauled and changed.

Other big news is the Plunder Pass, a new battle pass coming to Sea of Thieves that gives you cosmetics and other rewards. There's also a rotating seasonal event system with goals and global reactive setup that emulates Fortnite.

Plunder Pass is coming January 2021 but no pricing has been revealed. 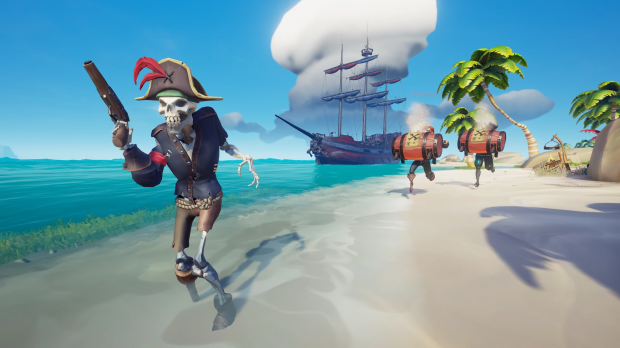