Greedfall is getting enhanced and re-released on PS5 and Xbox Series X/S next-gen consoles, the developer today revealed. 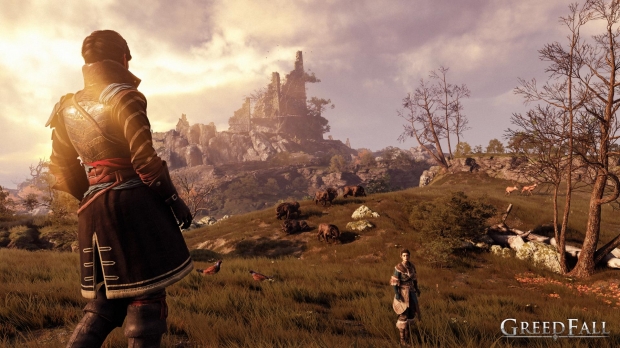 Spiders' latest RPG Greedfall is coming to next-gen consoles as a separate re-release, and Focus Home Interactive will reprise its role as publisher. The devs are also making a brand new expansion for Greedfall, but exact details are light. The press release didn't mention any exact performance targets (e.g. 4K 60FPS) or whether or not existing PS4 and Xbox One owners would get a free upgrade to the next-gen version.

Right now info is slim and we know just two things: A next-gen version is coming, and a new story DLC is dropping. Specifics on expansion storylines, cost, etc. haven't been revealed.

Check below for a copy of the press release sent out by Nacon:

Following the success of GreedFall, which sold more than a million copies in less than a year, and considering the enthusiasm of all those who travelled the rich lands of Teer Fradee, NACON and Focus Home Interactive are happy to announce a new partnership aiming to expand the game with new content, as well as a release on PlayStation 5 and Xbox Series S/X.

The two companies have thus reached an agreement, in which Focus Home Interactive will be in charge of the publishing of the upcoming additional content and expansion, as well as the PlayStation 5 and Xbox Series S/X versions of GreedFall. The GreedFall brand is now integrated as part of the NACON portfolio.

Released September 10, 2019, GreedFall is an RPG experience in which you explore uncharted lands seeping with magic, filled with secrets and fantastic creatures. With diplomacy, deception and force, influence a living world... and forge your destiny.