Assassin's Creed Valhalla has an extremely addictive and fun dice game, and it's a lot like Magic: The Gathering. 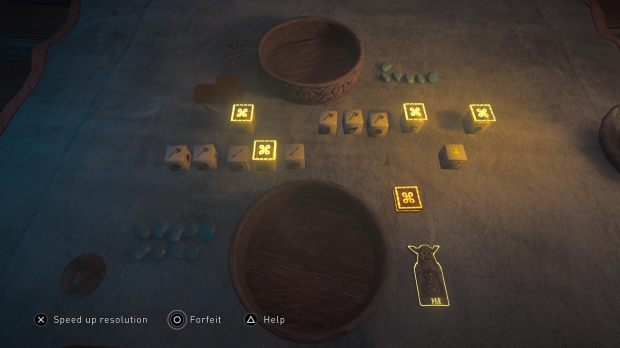 I grew up playing Magic: The Gathering and still think it's the definitive card game. MtG has everything: Luck and chance, skill and strategy, and social elements like being able to predict movements based on body language/playstyles. In MtG you have lots of choices like racing an enemy to the finish, or taking a more slow and methodical approach to your victory.

It's these elements I instantly recognized in AC Valhalla's Orlog mini-game. Orlog is a more simplistic and rudimentary version of MtG. The goal is to kill your opponent, and you start out with 20 health. Instead of creature cards with lots of triggers and complex effects, Orlog uses dice and straightforward damage-and-defense tactics. There's life totals, direct damage, and defense. 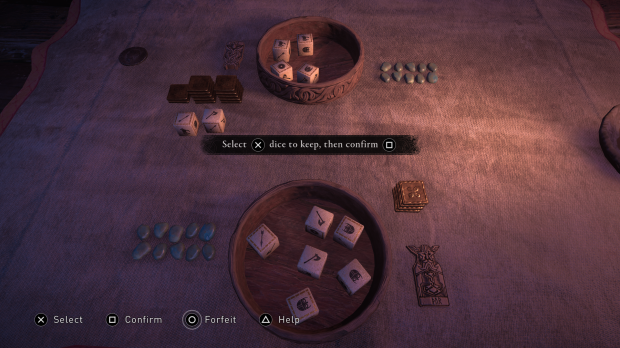 In Orlog, you constantly telegraph your plays based on which dice you keep. Instead of drawing cards, you roll six dice. You get three phases of dice rolls, and each phase you choose which dice you want to keep. There's six sides for every dice and they all do different things: arrow damage (like flying from MtG), field damage (normal creature damage), helmets that block ground damage, shield dice that block arrow attacks, a side that steals God Favors, and a blank side that gives you a God Favor. 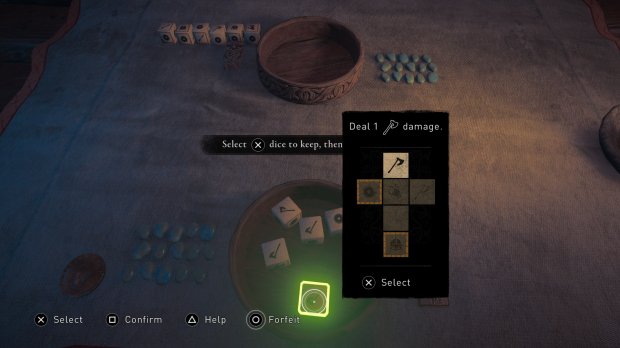 The real fun with Orlog is with the God Favors--which is a lot like an instant card or ability trigger from MtG.

God Favors are basically like mana from MtG. This resource can only be used to spend on the God Favor ability, a global ability that does different things like direct damage to your opponent, or taking away defense dice. 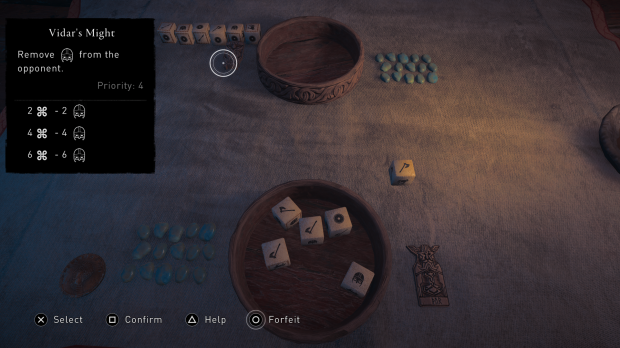 Like MtG's combat phase, damage and defense is done simultaneously. God Favor abilities can happen at different times. They have different priority levels. Some abilities, like Vidar's Might, have priority 4 and take place before final combat damage is done. Others, like the ability you start with, takes place after combat damage is dealt.

Anyone who's played Magic: The Gathering will find Orlog an extremely addictive side-game that scratches a familiar itch without the complexities of too many triggers or effects. 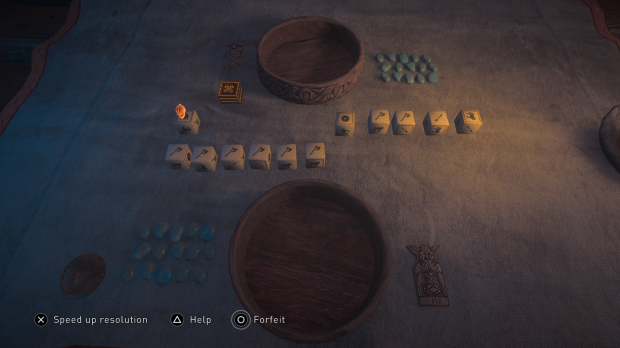