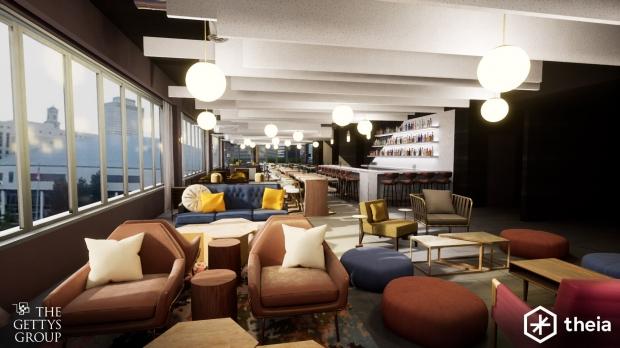 NVIDIA's CloudXR platform is a content streaming solution for AR, VR, and MR systems. The platform runs off Amazon EC2 P3 and G4 instances powered by NVIDIA RTX V100 and T4 GPUs. With that kind of rendering power, developers can now create photorealistic immersive experiences and deliver them to any OpenVR-compatible XR device, including headsets like the Oculus Quest 2.

CloudXR gives developers more power to work with, which allows for more detailed and realistic virtual environments, but the solution also introduces cost savings for businesses.

"NVIDIA CloudXR allows people all over the world to experience an incredibly immersive, personalized design with the new Lucid Air," said Thomas Orenz, director of digital interactive marketing at Lucid Motors. "By using the AWS cloud, we can save on infrastructure costs by removing the need for onsite servers, while also dynamically scaling the VR configuration experiences for our customers."

"This is a game-changer - by streaming collaborative experiences from AWS, we can digitally bring project stakeholders together on short notice for quick VR design alignment meetings," said Ron Swidler, chief innovation officer at The Gettys Group. "This is going to save a ton of time and money, but more importantly, it's going to increase client engagement, understanding and satisfaction."

CloudXR isn't available yet, but NVIDIA plans to roll out the platform early 2021 following a private beta deployment later this year. We probably won't see games running of CloudXR any time soon, but NVIDIA's new platform should pave the way for incredibly detailed training experiences for fortune 500 companies.