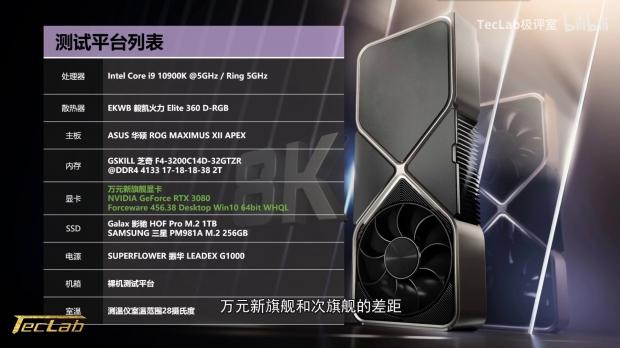 The gaming performance numbers for the GeForce RTX 3090 are coming from the same source: TecLab, with VideoCardz picking it up. The Chinese TechLab team are using an Intel Core i9-10900K processor with DDR4 memory clocked at 4133MHz.

As for the gaming performance, VideoCardz has a handy chart that I've embedded below that shows we can expect an average of 10% more performance over the already ridiculously fast GeForce RTX 3080. 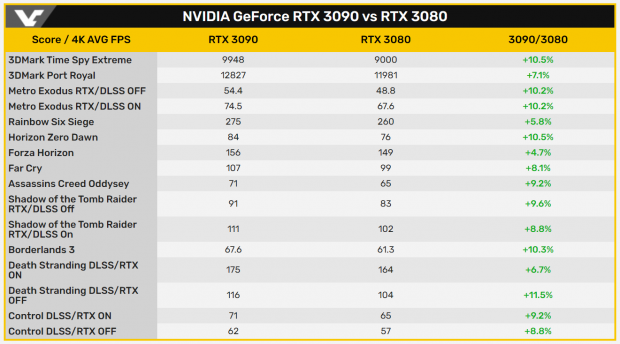 Even if you are in a VRAM starved situation and the RTX 3080 and its 10GB of GDDR6X isn't enough, wait for the 20GB models that are going to be coming soon. They'll be nearly as fast as the GeForce RTX 3090, have nearly as much RAM (20GB vs 24GB) and be around half the cost. 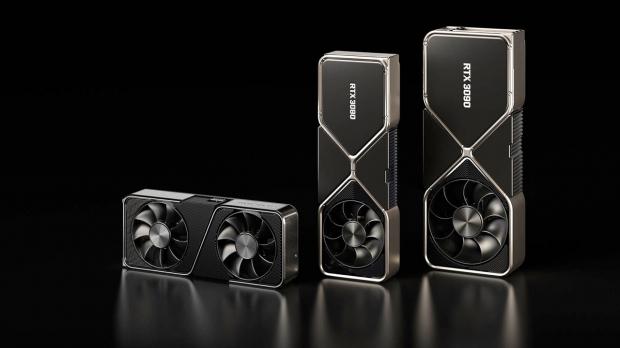 But if you wanted that Founders Edition goodness, because they do look really freaking nice this generation -- then the NVIDIA GeForce RTX 3090 Founders Edition is going to be a card you'll want to keep your eyes on if you want the best performance, no matter what (and there are plenty of gamers out there like that, and NVIDIA knows that).

Check out all the gaming performance on the GeForce RTX 3090 here.