GIGABYTE seems to have found itself in a spot of trouble, seemingly confirming multiple unannounced GeForce RTX 30 series graphics cards. 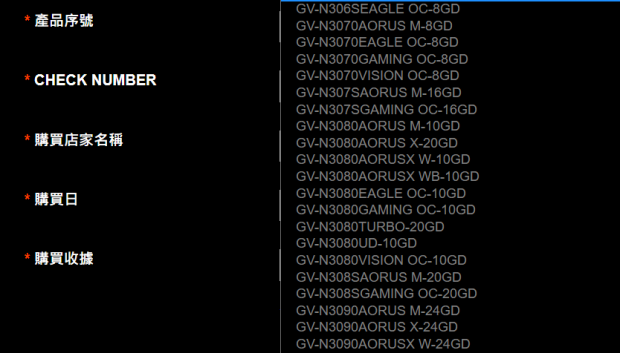