The new GeForce RTX 3080 will start from $699 and will offer 2x the performance than the original GeForce RTX 2080 with 8704 CUDA cores and has been "designed for 4K gaming" where the RTX 3080 will "consistently delivers more than 60 fps at 4K resolution".

NVIDIA will have the new GeForce RTX 3080 available starting on September 17.

NVIDIA provides a great breakdown of what is under the hood of the GeForce RTX 3080 graphics card: ranging from the Ampere GPU, through to PCIe 4.0 and GDDR6X technologies. The cooling system can be seen in great detail here with the super-short and high-density layout PCB very interesting.

It is almost like a GeForce Nano-style graphics card when you look at just the PCB, it is the radical new cooling that takes up all that space. 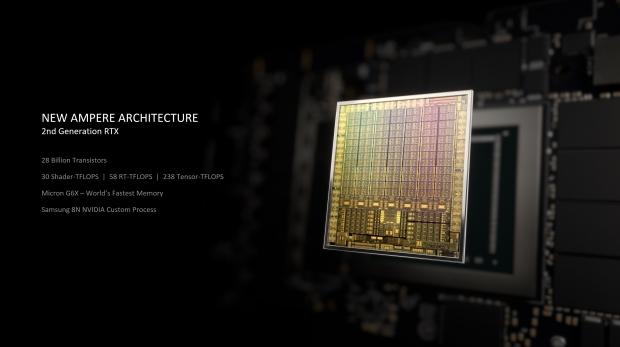 Some of the more nitty-gritty details on the GeForce RTX 3080. 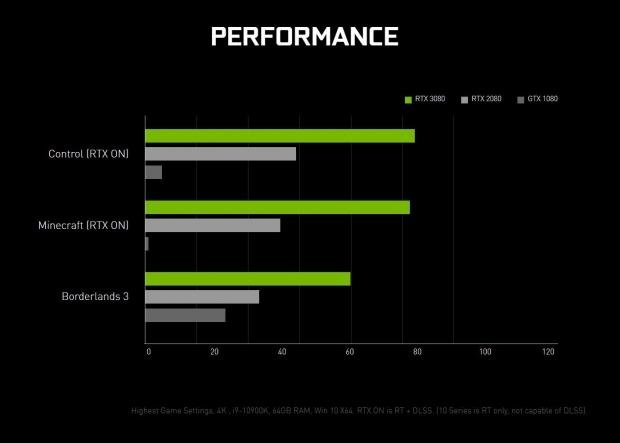 NVIDIA is promising some pretty crazy performance on the new flagship GeForce RTX 3080, where with RTX + DLSS technologies enabled, it stomps all over the RTX 2080 in Control, Minecraft, and Broderlands 3. 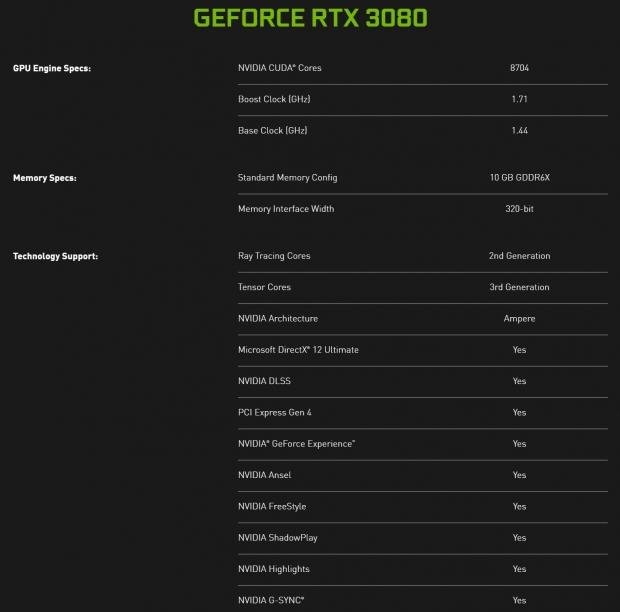 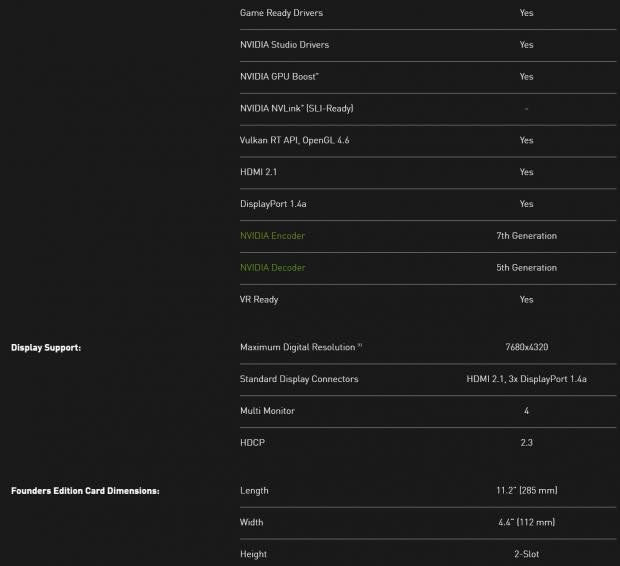 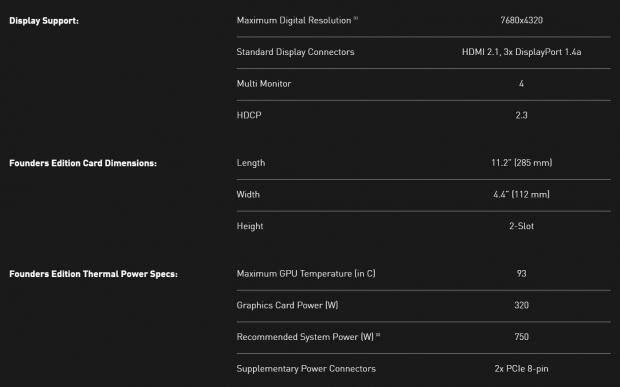