David Blaine is returning, but not in the way you'd expect -- the magician has announced his first major live event in over 10 years that will broadcast exclusively on his YouTube channel.

The magician is calling his new stunt 'Ascension' which will see Blaine attach himself to a bunch of helium balloons -- which would look like the Pixar movie Up. Blaine will hold onto the helium balloons, he will float across the Hudson River between New Jersey and New York.

Blaine tweeted out: "This stunt has been 10 years in the making. Let's turn worry into wonder and take magic to new heights". YouTube gets in on the Ascension hype, adding: "Watch in disbelief as David Blaine magically ascends above Earth, in his biggest live performance yet".

You will be able to watch David Blaine's Ascension on August 31, exclusively on YouTube. 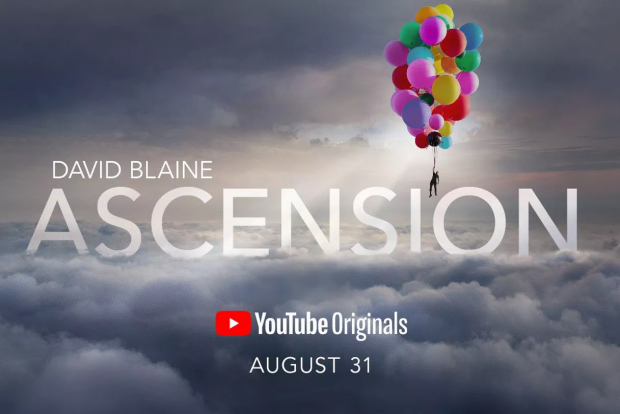