Activision-Blizzard's net revenues for Q2 were $1.932 billion, the best second quarter earnings in the last 10 years. 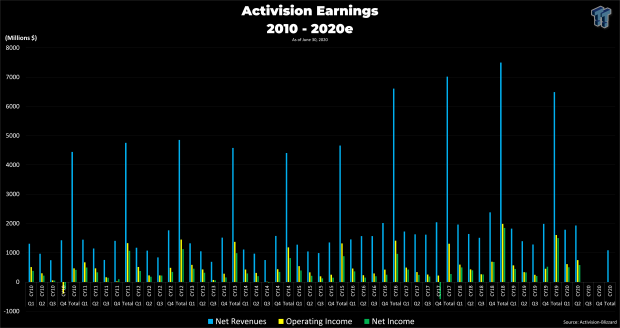 Activision-Blizzard's recent Q2'20 performance saw astronomical spikes in net bookings, operating income, and the historic best Q2 net revenues in the last decade. The company raked in $580 million of net income (+76%) on the back of $1.932 billion in net revenues (+39%), and earnings per share jumped 11 cents to $2.36 for the period ended June 30, 2020. 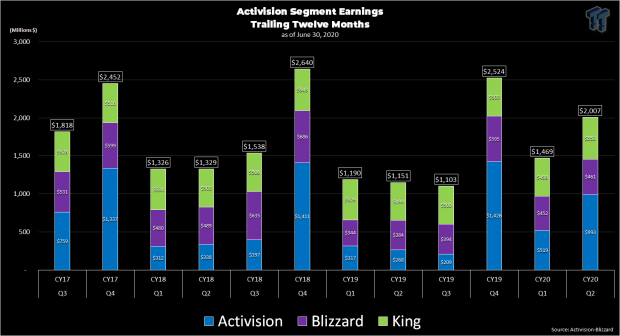 Growth was driven by the Activision segment, which earned $993 million, or 50% of total revenues thanks to massive spikes in Call of Duty Modern Warfare and Warzone monetization. Warzone itself now has 75 million active players and in-game microtransaction earnings are up almost 500% from last year. Activision segment earnings were up 270% year-over-year. 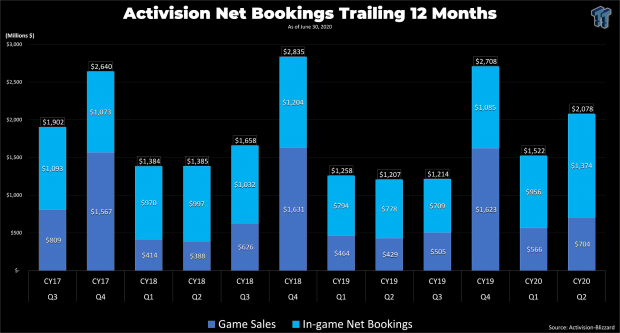 Microtransactions revenue was up 84% to $1.37 billion, and made up over half of total net bookings for the period.

The company forecasts Calendar Year 2020 to be its second-best year of all time with $7.2 billion in net revenues, as compared to 2018's all-time revenue high of $7.5 billion.

This growth will be driven by Call of Duty Black Ops Cold War, which will release on multiple generations of consoles with cross-play, cross-progression, and cross-monetization for maximum engagement potential. 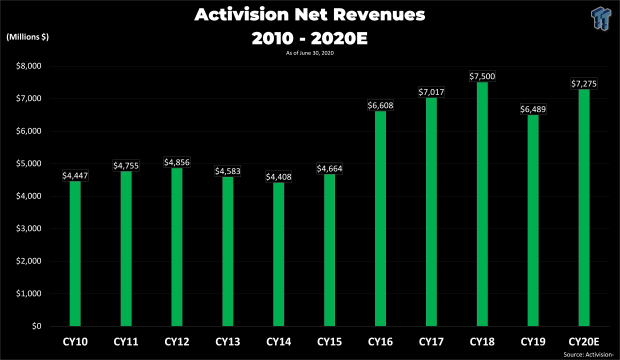