Sony just made gaming history with the best Q1 performance ever in the entire video games industry, driven primarily by software. PS4 hardware sales were down in Q1, but total PS4 shipments have now crested 112 million. 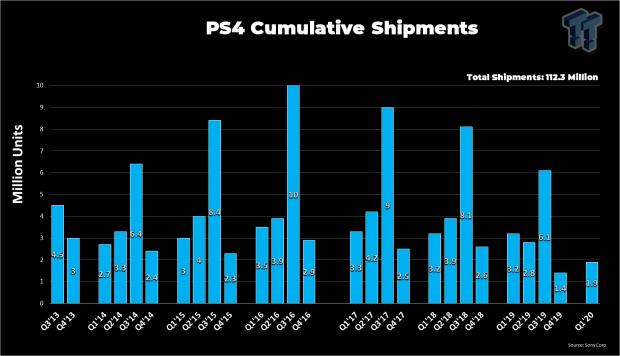 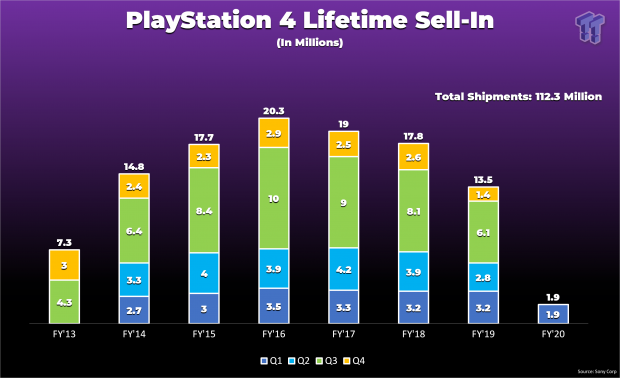 System sales materially contributed to Sony's gargantuan Q1 earnings by generating roughly $517,000 in revenues, but comprised less than 10% of total quarterly gaming earnings. The bulk of quarterly earnings was from software, which was up an astronomical 82% to over $3 billion. 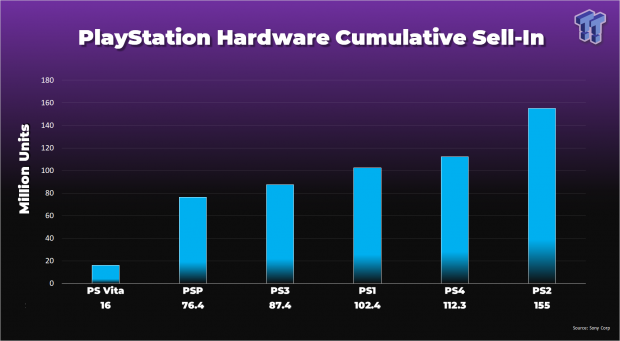 Manufacturing sources say Sony plans to ship 120 million PlayStation 5 consoles by 2025, which would beat the PS4's current sales by more than 5 million units with two years left to spare.