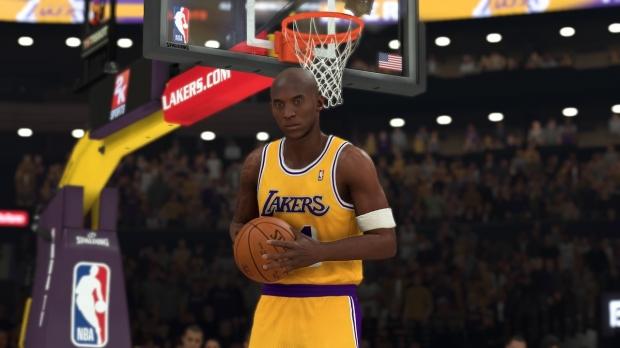 NBA 2K20 is a monster. It's right up there with GTA Online, Take-Two's other billion-dollar darling, and has significantly materially impacted quarterly earnings since its launch. The big difference is NBA 2K20 has managed to rake in over $1 billion in total earnings and 14 million copies sold in less than a year.

For reference, GTA V made over $595 million in 2019 alone--six years after its release.

"Net Bookings is defined as the net amount of products and services sold digitally or sold-in physically during the period, and includes licensing fees, merchandise, in-game advertising, strategy guides and publisher incentives." 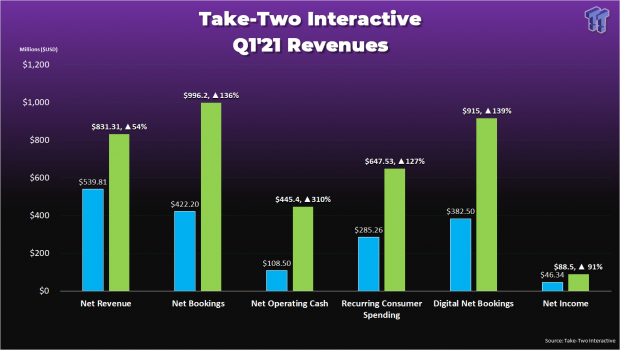 Zelnick also confirms NBA 2K20 was the biggest driver for Q1'21's microtransaction and overall earnings. Take-Two's recurrent consumer spending in the quarter was up a massive 127% to $647.53 million. Digital net bookings were through the roof and jumped by 139% YoY to nearly $1 billion. NBA 2K20 contributed strongly to these results.

"Consumer engagement with NBA2K continues to increase with DAUs increasing 82%, MyCareer users growing 78%, and MyTeam users up a remarkable 108% as compared to the first quarter of last year.

"Recurrent consumer spending on NBA2K grew 126% to a new record and remains the largest contributor to that part of our business. To date, NBA 2K20 has sold over 14 million units, up over 18% compared with NBA2K19 in the same period," Zelnick said.

Take-Two currently expects NBA 2K20 to be the most successful game in the history of the franchise--even included NBA 2K21, which is slated to release both on current- and next-gen consoles this year.

"We expect lifetime units, concurrent consumer spending, and net bookings for NBA 2K20 will be the highest ever for a 2K Sports title."