Elon Musk is a man of scienec, but he's also a man of memes. Tesla Motors stock is pumping like an all-night party and it's only 4:20AM, and now Musk tweets that aliens built the pyramids.

Musk tweeted it a few hours ago, saying: "Aliens built the pyramids obv" out of nowhere.

The billionaire entrepreneur and real-life Elon Musk isn't shy of tweeting out what some people would think is ridiculous, but "aliens built the pyramids" is a pretty big thing to say when you're the founder of companies like SpaceX and Tesla.

Musk said on June 2 that he was "off Twitter for a while" that prompted Anonymous to tweet out of nowhere, where the hacking collective said: "we'll take over from here". Musk also tweeted back in February 2020 to #DeleteFacebook because it is "lame". 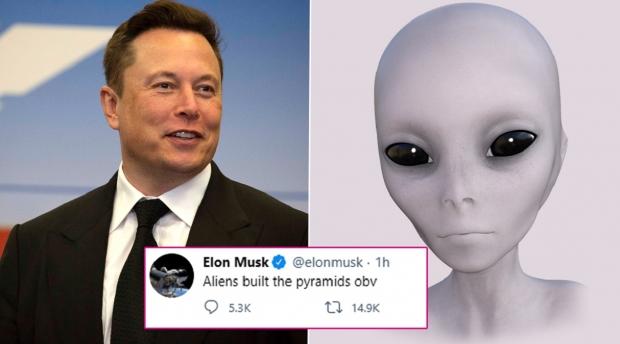