AMD has just unleashed a new family of desktop processors if you can believe it, with the onslaught against Intel continuing in the form of the new Ryzen 4000 G-series CPUs. 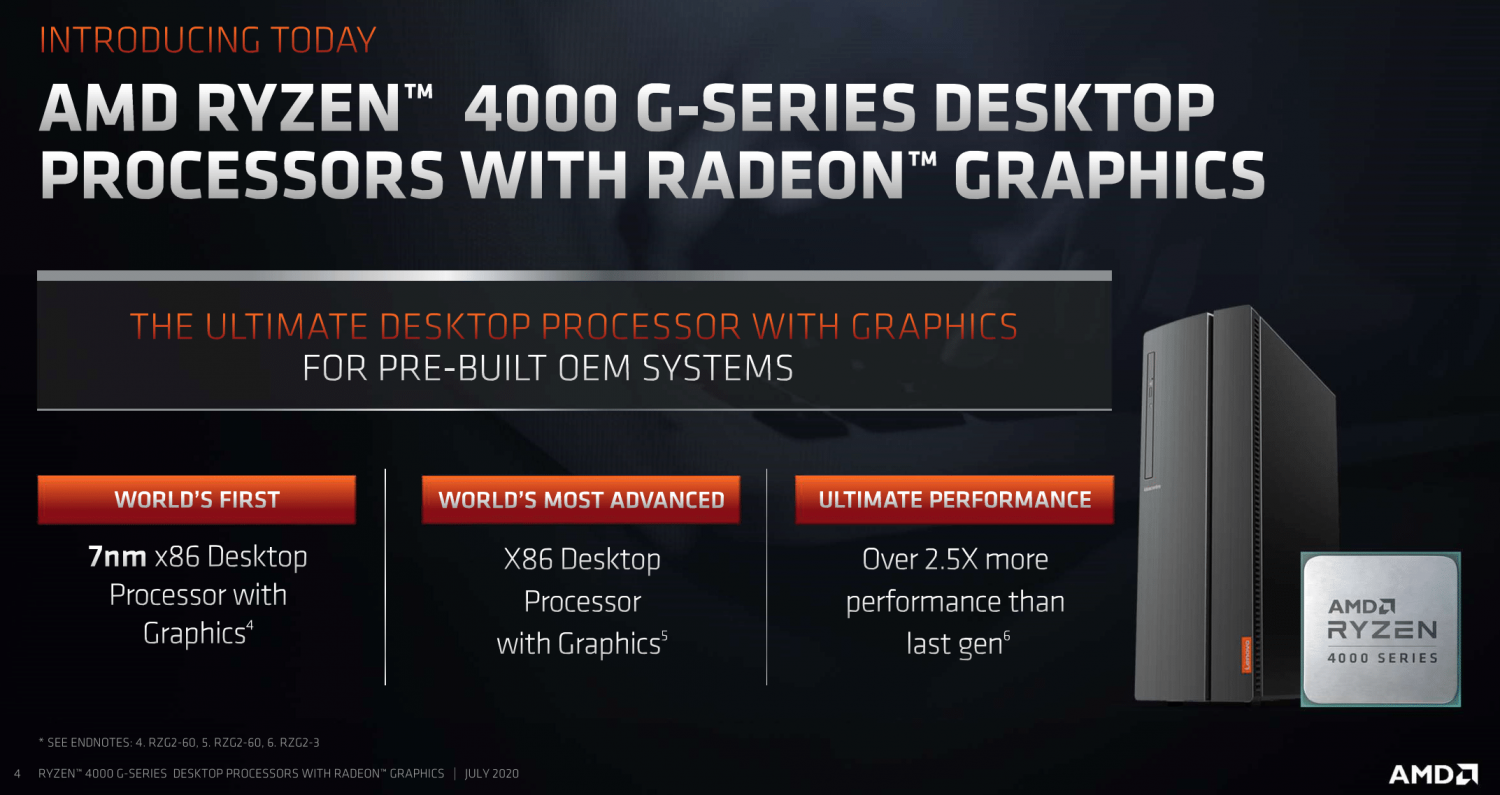 What AMD is aiming for with the new Ryzen 4000 G-series processors is that they have kick ass built-in Radeon graphics, leverage the 7nm node and Zen efficiency, where it delivers the ultimate performance that AMD touts is 2.5x more than last gen. 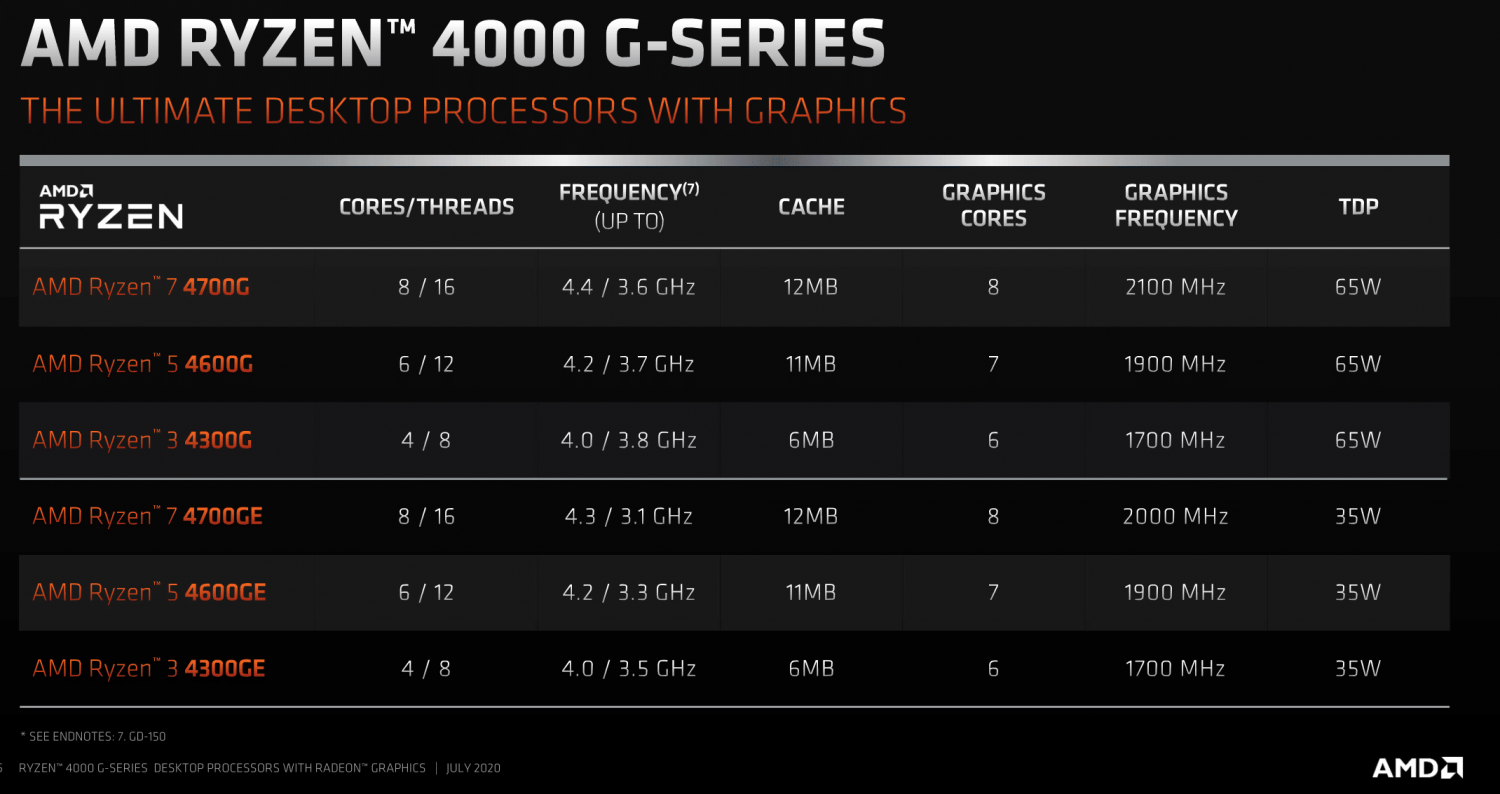 Each chip comes with a varying amount of base and boost CPU clocks, cache, Radeon graphics cores, and graphics frequency. 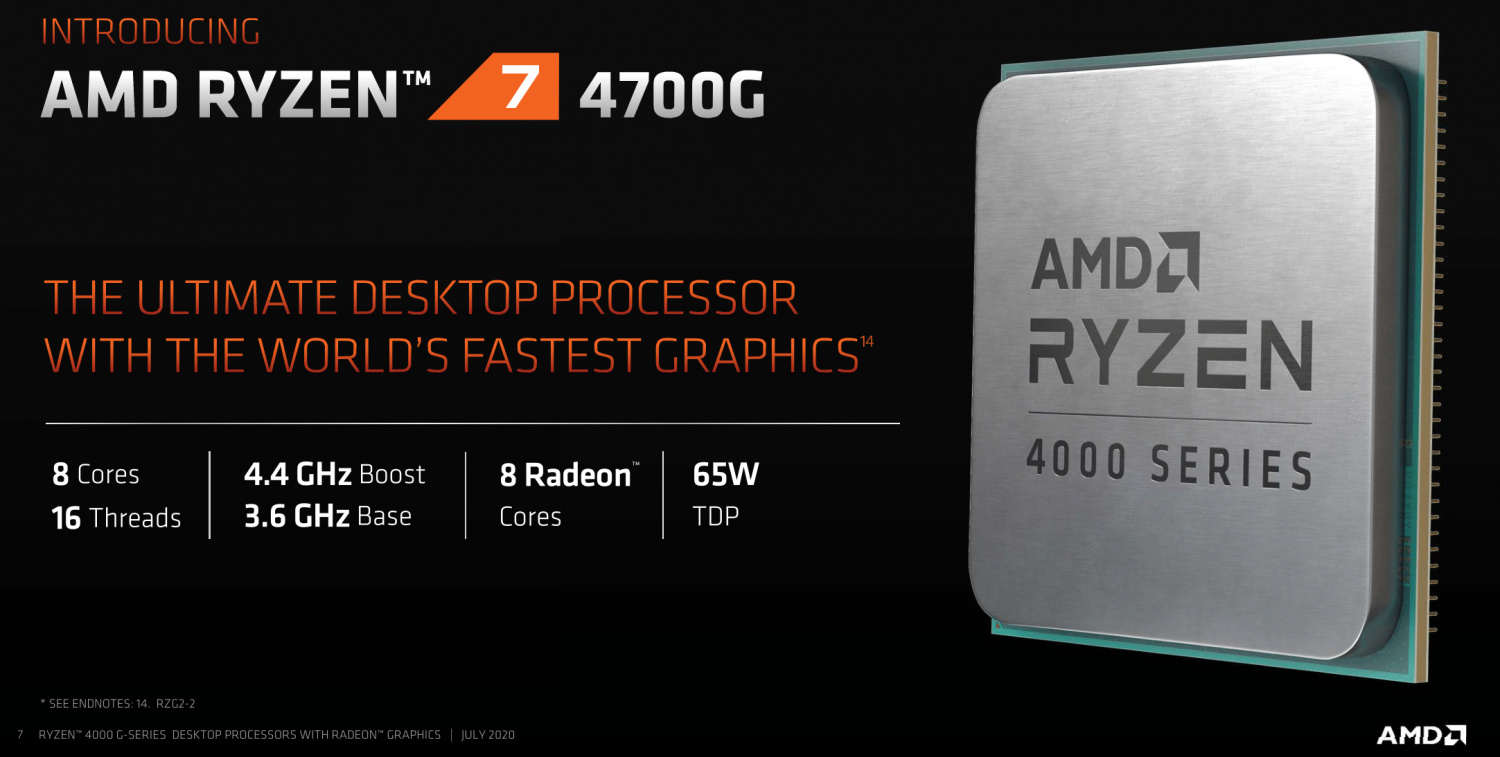 The new family of processors is led by the flagship Ryzen 7 4700G, which is an 8-core, 16-thread chip. AMD has a rather fast 3.6GHz base and 4.4GHz boost CPU clock, alongside 8 Radeon GPU cores, and keeps it all under 65W. 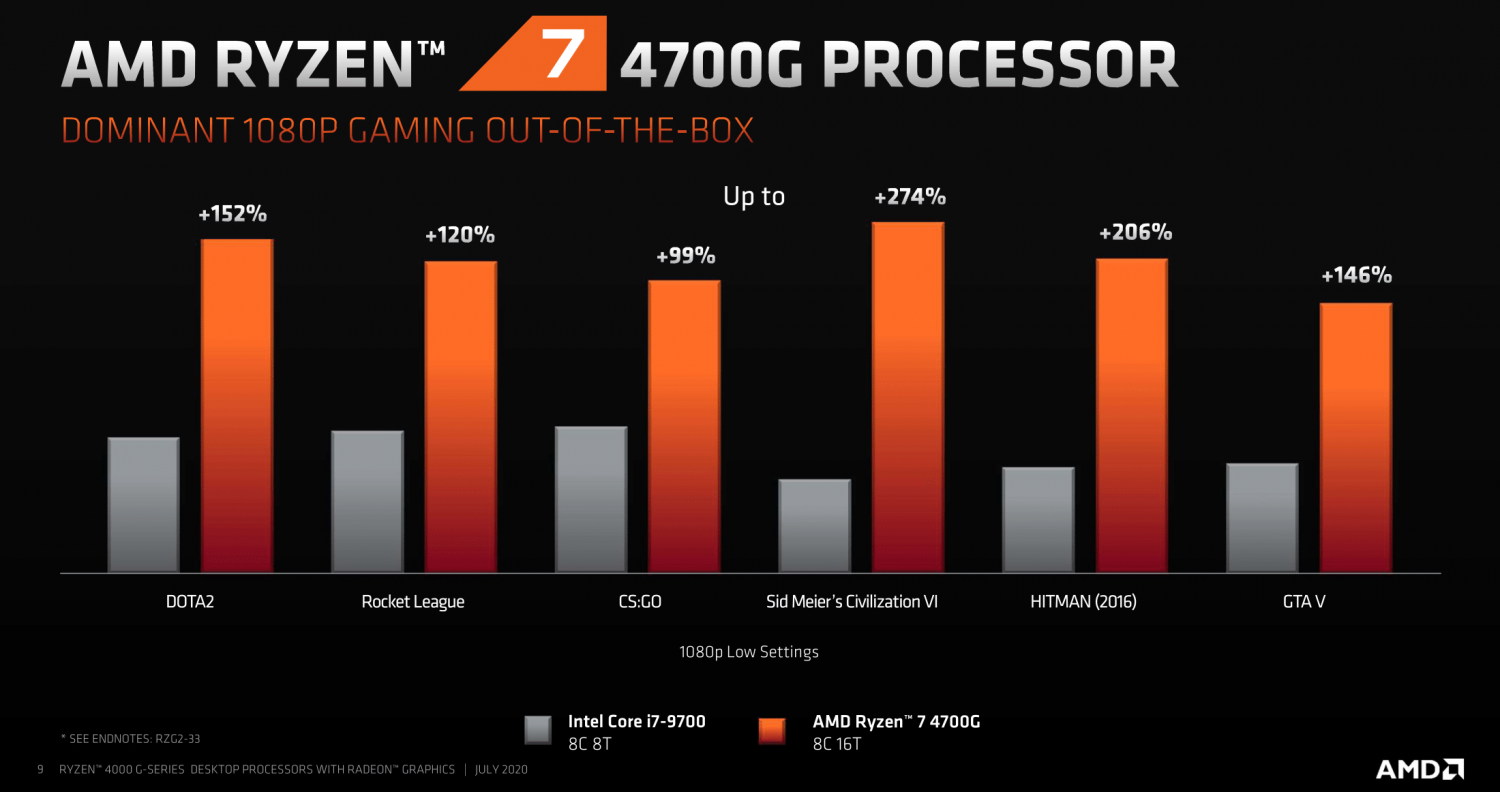 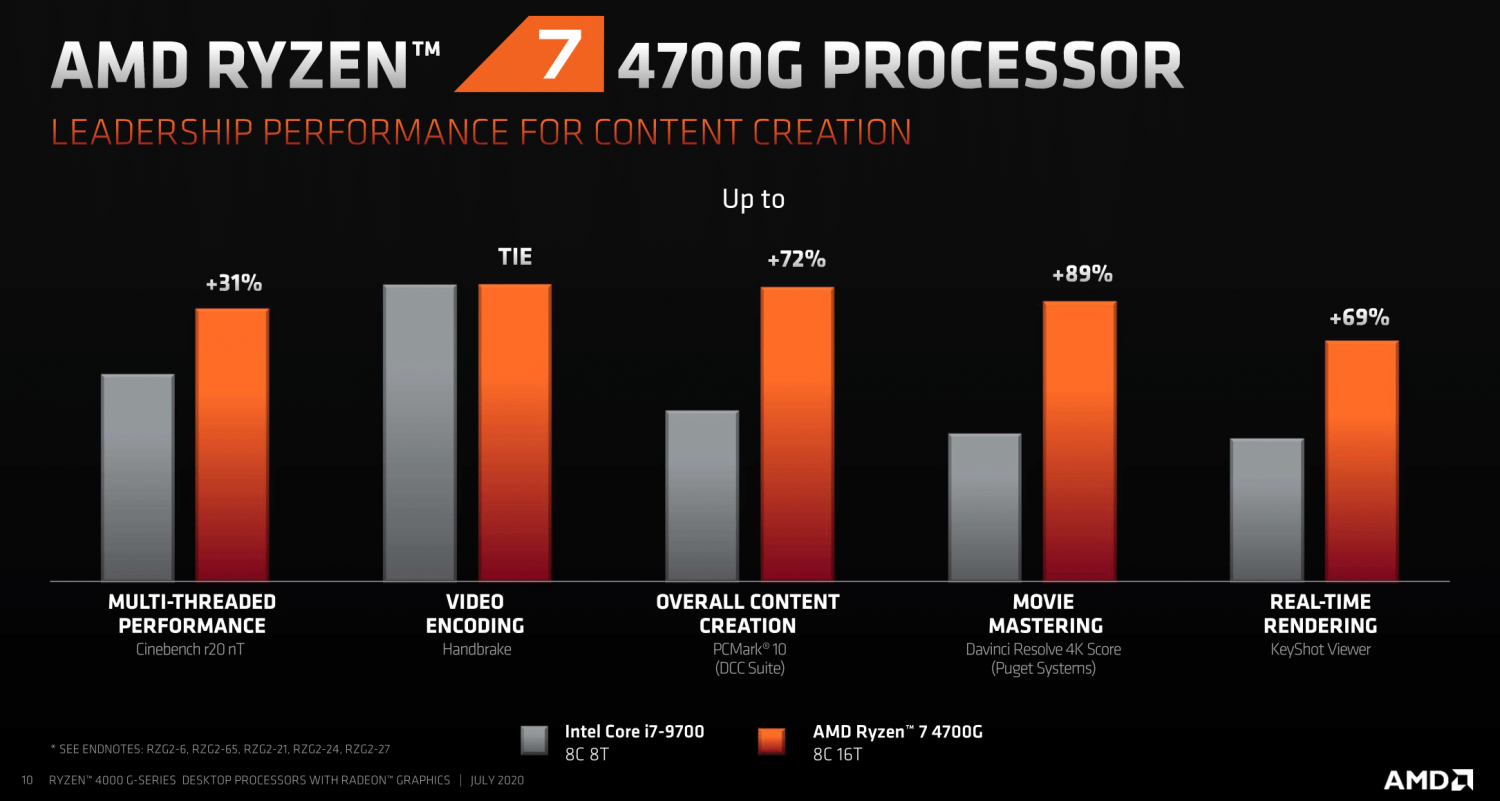 Looking at content creation, the Ryzen 7 4700G destroys the Intel Core i7-9700 -- which mind you, is an 8-core, 8-thread CPU. AMD has the upper hand here with SMT on its side, doubling the thread count for some serious performance at 65W.

The unfortunate thing here is that they're for OEMs and not available outside of getting a PC built with one, damn.