Fujifilm has teased its storage drives of the future, saying that it has goals to build a gigantic 400TB cartridge using Strontium Ferrite (SrFe) technology.

The new storage tapes use Linear Tape-Open (LTO) technology, which is an open standard that was developed by IBM. The reason LTO was formed was to see that all tape-based storage devices were made using the same format, instead of their own proprietary magnetic formats -- a nice good guy move by IBM.

How do they just continue cramming in more storage into the LTO standard? That would be why Fujifilm is stepping in with Strontium Ferrite (SrFe) technology, which will begin with the LTO-12 rollout. LTO-13 should arrive somewhere near 2022-2023, according to Blocks&Files. 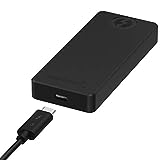