Insomniac's new standalone Spider-Man game is the latest to have near-instantaneous loading on Sony's next-gen PS5, and the studio plans to take full advantage of the console's new higher-end tech. 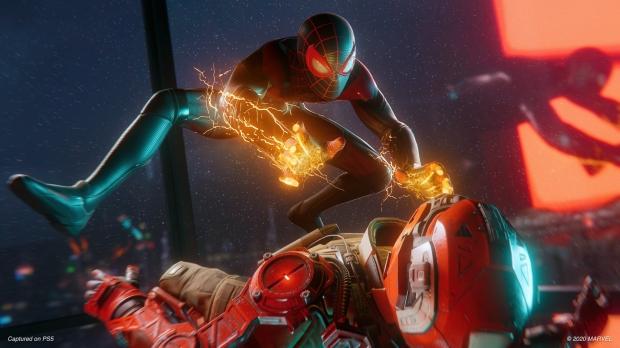 The PS5's new PCIe 4.0 SSD is something special, and all the biggest first-party games plan to squeeze out every last drop of its 5.5GB/sec speeds and 12-channel memory controller. We've already heard about Ratchet & Clank: Rift Apart completely annihilating loading sequences, and how Gran Turismo 7 will be a technical marvel on the PS5. But now Insomniac confirms Spider-Man: Miles Morales will also push the next-gen console to its limits.

"Spider-Man: Miles Morales is a standalone game, and it's the next essential adventure in the Spider-Man universe. We want to make you feel like you're playing a brand new Spider-Man game," creative director Brian Horton said in a new developer update.

"The PS5 allows us to have a fully seamless experience from beginning to end. We take full advantage of the DualSense controller with haptic feedback, and with ray-traced reflections the city comes to life."

"We are also excited for the game to demonstrate the power of PlayStation 5 this holiday. Marvel's Spider-Man: Miles Morales will show off near-instant loading, ray-tracing, 3D audio and the DualSense controller. We've upgraded our characters with 4D scans and improved skin shading for more realistic looking characters and spline-based hair that moves far more naturally. Many of the city's assets have also been updated to take advantage of the new console. As you experience Miles's story, you'll see, hear, and feel things in a whole new way, all thanks to PS5."

Spider-Man: Miles Morales will be a PlayStation 5 launch game and release alongside the system. Sony has yet to confirm a PS5 release date, nor have they announced pricing.

But a recent Amazon leak might have spilled the beans with a $499 standard PS5 and a $399 digital edition, both of which may launch November 20, 2020.