No Man's Sky adds cross-play before some of the industry's most popular service games, showing the strong dedication Hello Games has for its fanbase. 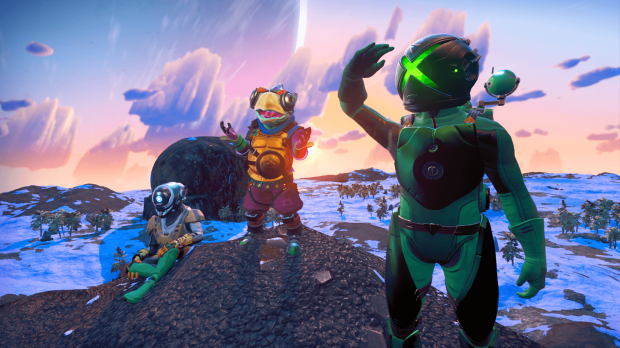 Today Hello Games announced No Man's Sky is getting cross-play on all platforms starting tomorrow. That means PS4, Xbox One, and PC gamers can all play, build, and roam the infinite celestial wonderverse together. This represents the biggest development since the game's ambitious Beyond update.

No Man's Sky is an oddity. It's a live service game that has absolutely no in-game monetization whatsoever. All of its content packs are 100% free, there's no paid expansions or microtransactions, and Hello Games only ever charges for the base game.

Even after 10 major content updates, Hello Games is still finding new ways to spark business without jeopardizing its fanbase. The next big development is cross-play. 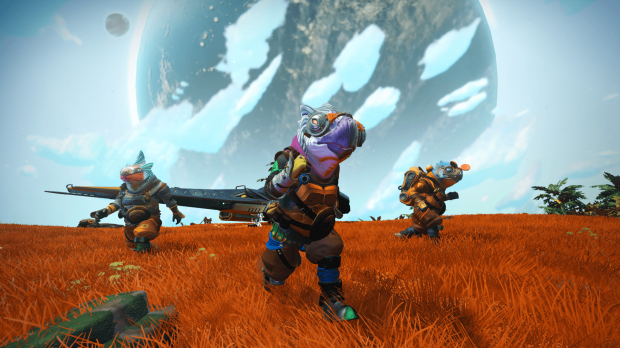 Cross-play is the biggest thing any online game can do. But most publishers add cross-play in a bid to maximize microtransaction earnings. Widen the player base, increase engagement, and boost the possibility of in-game purchases. Hello Games doesn't rely on those tricks. Instead, they've adapted and are using recurring Xbox Game Pass subscription revenues as a replacement for mTX.

"A tremendous amount of work has gone into this update and the underlying technology and systems. We've moved to an entirely new networking architecture, with more flexibility for the future, allowing players to play together regardless of platform. I'm very proud of the team that has worked so hard to make this happen," Sean Murray said.

The idea here is simple: Cross-play will attract more users and keep them more active in the network.

Anyone playing on Game Pass is more likely to keep their subscription active to keep playing with their friends. Hello Games gets a cut of those subscription revenues. Game Pass also leads to full game sales, so Hello Games wants to benefit from that too.

It's all part of the Engagement Cycle, but again, No Man's Sky isn't monetized the same way as every other live service game is.

So why add cross-play at all if NMS isn't riddled with microtransactions? To help push full game sales and subscriptions via Game Pass and to serve the community. It's really that simple.

No Man's Sky will be available on Game Pass and the Microsoft Store starting tomorrow, and the new cross-play patch goes live tomorrow too.

🚀 Crossplay between all platforms

🌌 Improvements to Lobbies and Groups