We all know the George Floyd protest are on-going in the US and slowly throughout the world, but now game developers and other companies are jumping in to support the cause: now, it's time for NBA 2K20.

In a tweet from ESPN, NBA 2K20 paused its entire online play operations for two entire hours, as well as gave out Black Lives Matter and I Can't Breathe in-game shirts to players. This is all done in the protests for George Floyd, where we can see players in the above tweet walking around in the game with their new BLM and I Can't Breathe shirts.

2K Games also announced that they were giving $1 million in additional funding to their 2K Foundations Program, which will expand its mission to "help fight racial injustice and inequalities in black communities across the globe". 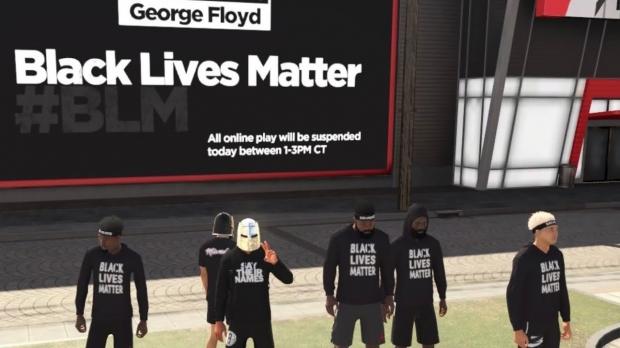