According to Digital Foundry, the Switch port of The Outer Worlds is quite a blurry, pixellated port that can drop as low as 384p in handheld mode. And it even pauses the game to load assets as you play.

You may want to hold off on buying The Outer Worlds on Switch. The devs at Virtuous had to significantly cut corners to even get the game running on the lower-end Tegra SoC, leading to massively reduced in-game resolution and visuals. Wide expanses are extremely blurry thanks to TAA implementation and the game's larger landscapes, all of which are marred by the lower resolution. The planets and environments are some of the most majestic parts of The Outer Worlds...and on Switch, they look pretty bad. 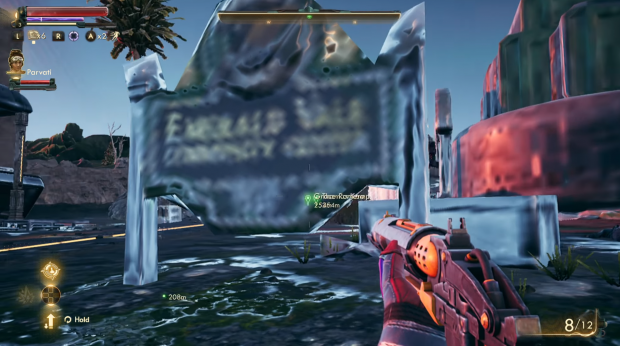 The biggest issue with the port is the game will literally pause itself to load assets, similar to watching YouTube on a slow connection. The game is literally buffering textures and data and pops up a little wheel just like on YouTube.

You especially want to avoid The Outer Worlds on the Switch Lite. Digital Foundry notes that resolution can drop as low as 384p in handheld mode, which is the only mode the Lite can play its games. On the regular, though, handheld delivers roughly 540p visuals. Docked mode fares better thanks to the unlocked Tegra X1 performance boost, and hits around 720p most of the time. 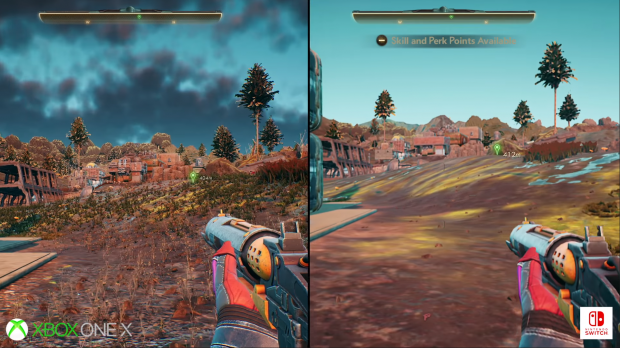 Texture pop-in is a huge problem and the footage reminds me of No Man's Sky's 2016 release on a base PlayStation 4. But the pop-in on The Outer Worlds' Switch port can take multiple seconds to load in.

Textures, character models, environmental effects, and pretty much every other visual or performance-driven aspect of the game have all been dialed down quite a bit. It looks somewhat like a PlayStation 2 game, and it becomes apparent The Outer Worlds simply wasn't built with the Switch in mind. 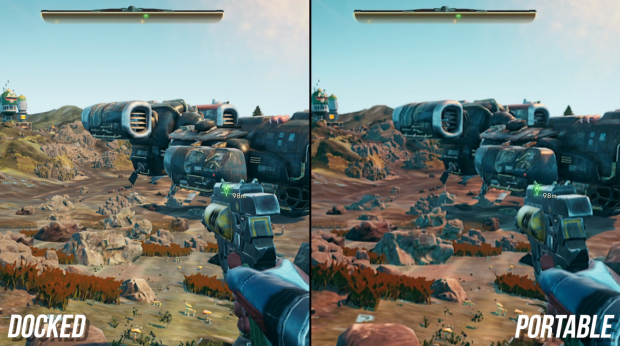