SEGA isn't making the Dreamcast 2, nor is it teaming up with Microsoft to release the SEGA Series X. No, the earth-shattering news is a Game Gear micro mini-handheld console. 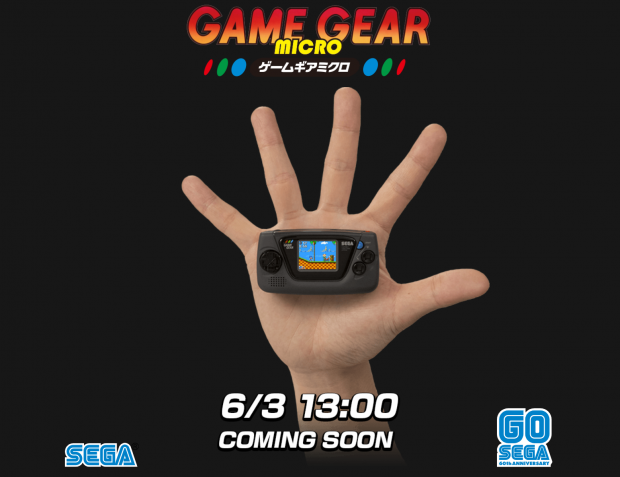 Today SEGA confirmed the Game Gear Micro, a miniature retro handheld that assumably comes pre-loaded with old-school games. While SEGA did announce the hardware, it didn't give any actual information on what's included, and instead dropped a general banner confirmation.

The news comes shortly after gamers discovered a new SEGA touchscreen patent which is likely to be included in the Game Gear Micro. Expect the device to similar touchscreen functionality as a cell phone, which could drive up the price of the handheld. No games, pricing, or availability has been revealed, but SEGA will announce new details in three hours.