The Embracer Group's annual operating income jumps 35% on the backs of strong game segment performance, and the company and expects this year will deliver strong earnings with a 10-game lineup. 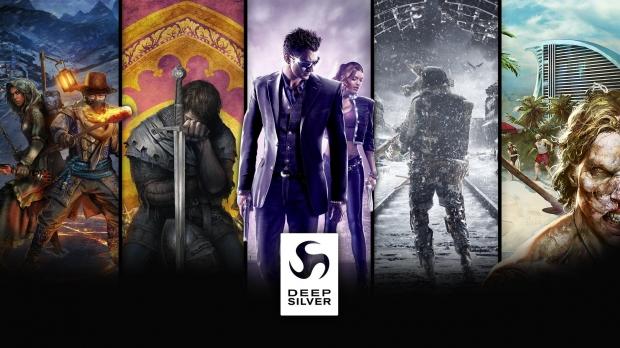 The Embracer Group (formerly THQ Nordic) recently announced its FY20 financials, and the results are pretty good. Overall net sales are up slightly to $527 million, but operating income jumped 35% to $104 million due to sturdy games earnings--THQ Nordic saw a big 50% spike on the heels of big catalog earnings, Deep Silver was up thanks to Metro Exodus' latest expansion, and Coffee Stain was up over 100%.

Profit is down 10% year-over-year to $28.59 million due to increase expense spending of $602 million, and the lack of a big AAA release comparable to Metro Exodus (which was the company's record earner). We talk even more about Embracer's expense spending here, including depreciation and amortization of game dev and IP costs. 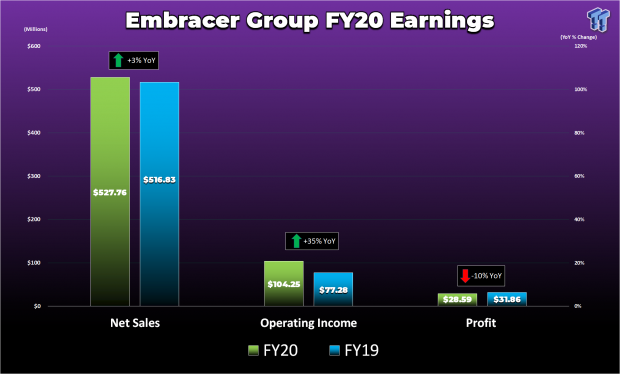 Cashflow from operating activities is down 26% YoY to $38.81 million due to the lack of big games like Metro Exodus.

Total gaming revenues raked in $322 million, up a big 30% YoY, but partner publishing is down 23%

The Games business area had a record high proportion of digital sales of 78% partly driven by the situation caused in many of our key markets by the covid-19 pandemic, which has resulted in an overall increased consumption of games. Worth noting is that the Group did not have any major or notable releases during March that most likely would have driven further sales increases. After the end of the quarter, we have seen this boost in consumer activity more clearly, driven by notable releases in the April and May period. 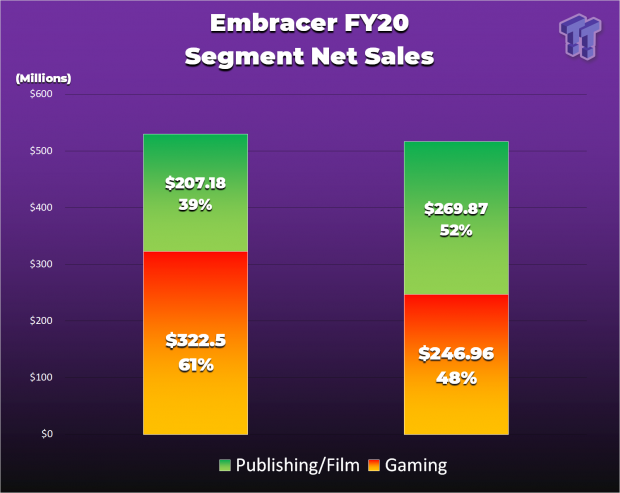 Games made up 60% of net sales in the fiscal year, accounting for the lion's share of earnings. Interestingly enough, Embracer's publishing arm raked in $205 million, accounting for 40% of segment earnings. Embracer actually published Final Fantasy 7 Remake, Doom Eternal, Persona 5, and other big AAA games in overseas regions--and FF7R was the biggest driver for yearly earnings.

The segment breakdown is where things start to get interesting. 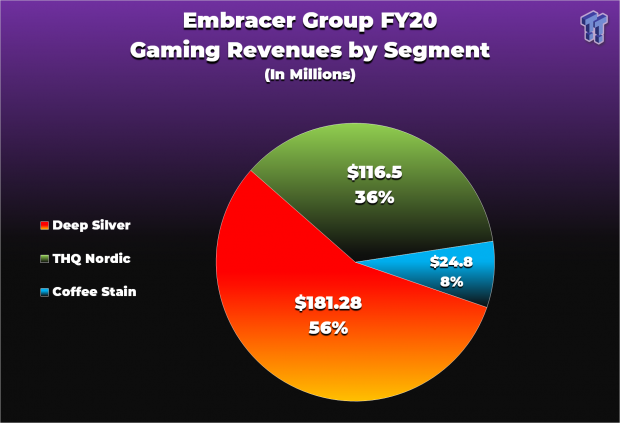 THQ Nordic's segment was up a huge 51% to $116 million thanks to a huge breadth of back catalog games, as well as Darksiders Genesis, which according to Embracer, "sold according to management expectations." This current fiscal year (FY21) will be even bigger for THQ Nordic thanks to a strong pipeline of games including Destroy All Humans, BioMutant, and the new Spongebob remaster.

Deep Silver's earnings were up 14% to $181 million thanks to Metro Exodus' latest Sam's Story expansion, the new Saint's Row The Third re-release, and Saint's Row IV's re-launch on all platforms. FY22 will be Deep Silver's shining moment with Saints Row V, which has been delayed to next fiscal year.

Coffee Stain saw it's biggest jump yet with a huge 120% spike to $24 million, driven successful sales of Satisfactory and Deep Rock Galactic, as well as some contribution from Goat Simulator. Coffee Stain is currently working on three games: Midnight Ghost Hunt, Songs of Conquest, and an unannounced project.

For Fiscal Year 2021, which ends March 31, 2021, Embracer expects growth across the board. The company currently has 118 games in development, and 69 of them haven't been announced yet.

"We expect substantial growth in the current financial year driven by a large number of high quality releases, for which we are excited to the reception among gamers. We expect the value of completed games will more than double from SEK 589 million to SEK 1,200-1,400 in the current financial year ending March 31, 2021," company CEO Lars Wingefors said in the earnings brief.