As cool as the 2020 line of iPad Pro tablets are, many tablet fans were disappointed that they lacked 5G capability. One of the key competitors to Apple and its range of smartphones and tablets is Samsung. Samsung already has 5G enabled smartphones on the market with the new Galaxy S20 series. A new rumor suggests that the next tablet from Samsung, the Galaxy Tab S7 could come with 5G the capability that is missing in the iPad Pro line. 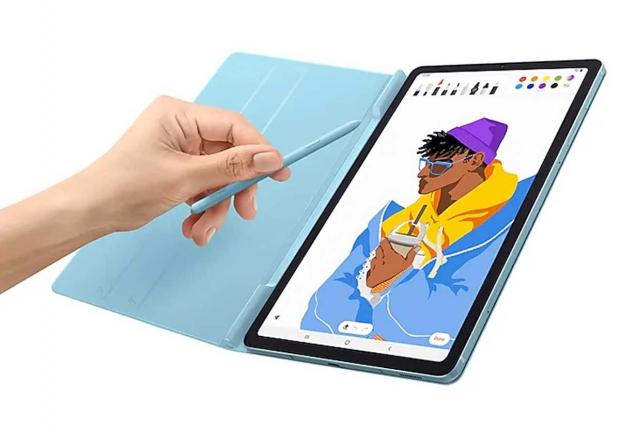 According to the rumor, the Galaxy Tab S7 will come with 5G capability that works globally. That is an important caveat because Samsung previously launched the Galaxy Tab S6 (pictured) that supported 5G only in Korea. The rumor claims that Samsung is gearing up to fight Apple directly in more ways than just adding 5G capability to the coming tablet.

The rumor suggests that the Galaxy Tab S7 will match Apple's iPad Pro screen offerings with 11-inch and 12.4-inch options. That will make the Samsung tablet about half an inch smaller in the larger version than the iPad Pro 12.9-inch. Samsung is also throwing in a value add with the report indicating that the S Pen stylus will be bundled with the tablet.

Apple users wanting a stylus have to pay more than $100 to get the Apple Pencil as an option. While the rumor tips a lot of tidbits about the coming Tab S7, there are still plenty of mysteries. At this point, we don't know what sort of hardware will be inside the tablet or what sort of price point Samsung will be targeting. Rumors have insisted that the Tab S7 will launch in August. It's unclear if the coronavirus will impact that rumored launch date. Production of Samsung's next-generation 3nm chip production was impacted by the pandemic.