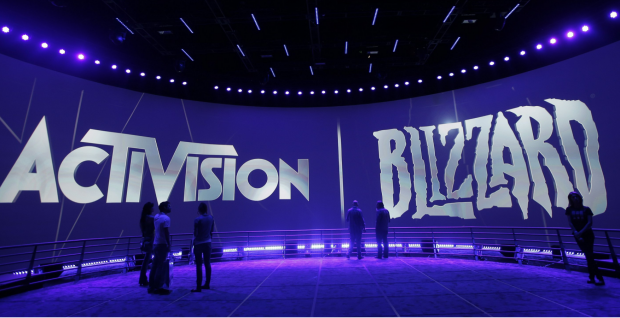 Activision is shaking up its senior leadership. The company just made a very interesting hire with Daniel Alegre, a former Google executive with strong background in ecommerce and sales. Coincidentally, Activision just signed a huge multi-year deal with Google to use its servers to host its online games. Alegre is basically second in command and will report directly to Activision-Blizzard CEO Bobby Kotick. The way Kotick talks about Alegre gives lots of clues in what we should expect from the new president's leadership:

"I was deeply impressed by Daniel's entrepreneurial drive and broad and deep experience in driving global growth across a variety of businesses in a rapidly changing industry," Kotick said.

"Our greatest challenges are prioritizing the many opportunities we have and recruiting and retaining the talent needed to execute with focus and excellence. Daniel is a proven leader with a long track record of success doing both."

Kotick's first sentence is key, especially the rapidly-changing industry part. Alegre's own CV gives even more clues, hinting that Activision-Blizzard games are about to get more monetized, more online-driven, and more...engaging. 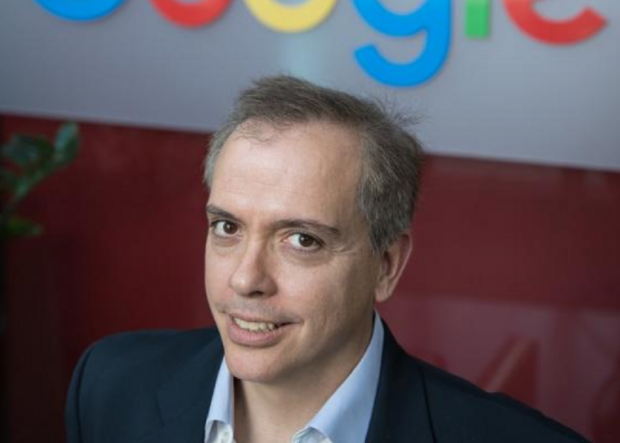 Drove Google's global partnerships across all functional areas including monetization, maps and search enablement and transactions. Responsible for the top and critical Google partnerships that span the core areas of Google's business lines. Created engagement strategies in key verticals including News, Media & Entertainment and Telco.

Activision has spent tremendous amounts of money on a new engagement-first business model, culling nearly 300 jobs in order to re-invest those wages into its ambitious four-part plan.

The four parts include: 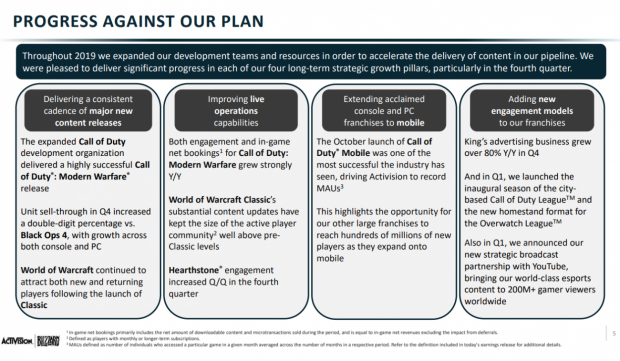 The company is doubling-down on engagement strategies in a bid to keep gamers actively playing and actively paying via monetization. Call of Duty's hugely influential Warzone is the purest representation of this new plan. Warzone is the perfect storm of engagement and is the biggest thing Activision has ever done. It has all the staples--free-to-play access, a massive playerbase, cross-play between consoles, monetization, and a brand new mechanic that's transformative for the games industry: cross-SKU play. Warzone's F2P players can play against Modern Warfare owners and vice-versa.

That brings us to Alegre, who spent years leading ecommerce and partnerships for Google. Alegre's prowess will help Activision push even farther into this engagement strategy with new methodologies.

Activision's biggest development is its huge multi-year partnership with Google.

In January 2020, Activision and Google signed a huge deal with strong ramifications for future Activision-Blizzard games. Under the deal, Activision will exclusively use Google's servers to host its games, whether it be Call of Duty or Overwatch. The publisher's esports tournaments on the Overwatch and Call of Duty Leagues are also now totally exclusive to YouTube.

The company specifically mentions how it plans to use Google's service AI to chart metrics and to "personalize offers." This led me to predict the company could use Google's AI to personalize microtransactions and monetization on a player-to-player level.

Given Alegre's skills with advertising, we could also see the company use Google's AI as a delivery mechanism for advertisements across gameplay/esports streams. We could even see streams broadcast in-game on waiting screens, complete with ads and monetization on menus or startups.

So basically we should expect Alegre to help recruit new team members, make strategic deals, and delve even deeper into the company's engagement-driven models to find new ways to monetize--and attract--players.