PlayStation tech whiz Tetsuya Iida shares what it was like getting PlayStation games to run on the PlayStation 2, and underlines how finicky the emulation was. 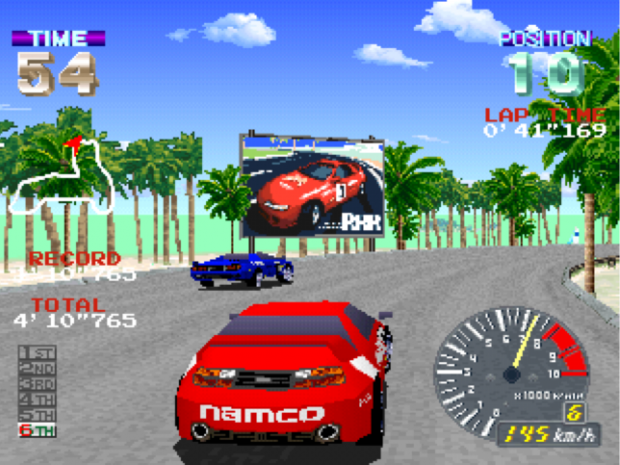 Backwards compatibility is huge for any new console, and it was a big deal for the PS2 back in the 2000s era. Sony knew it was tremendously important and went through great lengths to establish PS1 emulation on the PS2. The backward compatibility initiative started in 1998 when the PS2's hardware was being developed--like the PlayStation 5, the PS2 was being created with past console game emulation in mind. According to ex-Sony engineer Tetsuya Iida, who was responsible for emulating the PS1's GPU on the PS2, it was tough work.

Interestingly enough, Ridge Racer was the first PS1 game to ever get emulated and run on the PS2. It wasn't perfect, and there were many problems, but it actually ran. The doorway to PS1 backwards compatibility was wide open.

"The first PS1 game that booted up in the PS2's emulator was Ridge Racer. As a launch title for the PS1, it felt pretty profound that out of all the games in the system's library to be chosen as the very first target to get up and running, it was Ridge Racer that was chosen for that honor. I pondered the significance of it being a first of sorts once again for the PS2 as I turned the device on," Iida said.

"That being said, the initial results were hardly perfect, to put it very, very kindly. The race queen who appears at the start of every race, for instance, was rendered as a mosaic rather than a proper sprite. Plus, when you'd complete a lap, the screen turned pink. Still, I was just pleased to see the game running at all. Even if the only thing that was actually being emulated was the GPU, that's when I knew it was going to be possible to achieve PS1 backwards compatibility on the PS2 with that level of software emulation."

Even after a year of development, the emulation was still pretty funky. Sony showed off the backward compatibility at 1999's PlayStation Meeting, marking a historic occasion for the brand and gaming altogther.

The pressure was on. Iida was to show off an on-stage demo of Crash Bandicoot running on the PS2. Emulation still wasn't perfect and there was a chance things could go very, very badly at the event.

The dev played the game all night on the stage's big-screen setup, marathon-testing everything to see what could happen. The team was actually so paranoid and nervous about a slip-up that they left the test PlayStation 2 on all night. If they turned it off, there was a chance the emulator wouldn't work during the big showcase.

"I had been on standby since the night before to prepare for the event. Several months had passed since Ridge Racer first booted up and progress on the GPU emulator had come a long way. A number of PS1 games were now able to run on it, with Crash Bandicoot: Warped being the best of the bunch. For that reason, it was chosen as the game to show off the PS2's backwards compatibility. There was only one problem: sometimes it froze in emulation.

"As for why we simply couldn't start playing the morning of the announcement, that was because there was a chance the emulator itself wouldn't load and there wouldn't be enough time to fix it right then and there. As a result, as surprising as it might sound, it was therefore logistically safer to simply keep the system running all night once it had booted up."

Be sure to check out the entire article for more inference on what it was like in those early days of backwards compatibility. Special thanks to Tom James for the translations.