If chill cyberwave music was made into a video game, it'd look a lot like this new indie Cloudpunk.

Cloudpunk might be industry's new ultimate palate cleanser. You know what I mean. Every gamer has a palate cleanser; it's one of those games you play to just kind of zone out to. Those small, simplistic slices of gaming you play to basically detoxify yourself from the insane pressures of Call of Duty or Apex Legends. I think for a lot of people mobile games are palate cleansers, but for dedicated gamers, titles like Minecraft or even No Man's Sky fit the bill nicely.

Cloudpunk, a new indie from indie studio Ion Lands, is one such game. It's a serene sci-fi sim that really underlines the simple things in 20xx life, and floating by its mesmerizing future cities inside your hovercar inspires a kind of cybernetic zen. A new gameplay trailer had an interesting calming effect on me, proving that sometimes you just want to zoom around in your Fifth Element cab and make deliveries. 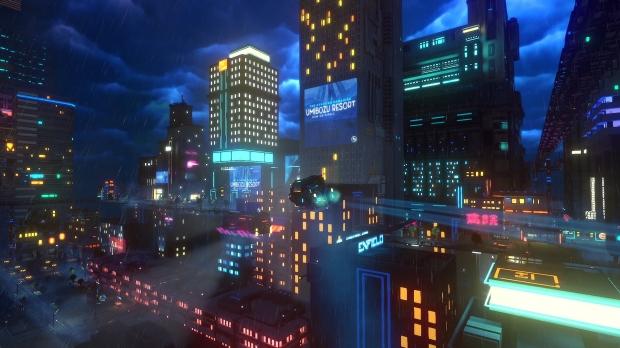 It's a little like GTA meets Cyberpunk 2077 meets Blade Runner, just without the absolute carnage and bloodshed. It's a small window into someone's imagination made corporeal before your eyes--not a giant billion-dollar live service moneymaker or some creation cooked up as part of a powerpoint slide. It's something unique and interesting, and I think it's worth a gander.