Ultimate Ears (UE) has just announced its new flagship Bluetooth portable speaker, the "HYPERBOOM". It's got extreme bass and is designed for the party scene.

In a press release, UE details what the HYPERBOOM can do, and for users that want to pick one up for their next party, here's what you need to know. The HYPERBOOM sports four input sources, two Bluetooth connections, one 3.5mm AUX, and one optical audio input. This allows users to play music through the HYPERBOOM on their phone, laptop, or even gaming console.

The HYPERBOOM also has adaptive EQ, as it "reads the environment and automatically adjusts the sound to fill any space". The HYPERBOOM is also what UE calls "party-proof", with an IPX4 rating, it has the capabilities of being able to withstand spilled drinks and being dropped in a pool. It can also charge phone devices, connect to any other BOOM device, and much more. UE's HYPERBOOM comes in at a price of $399.99 and will be available for purchase in early March. 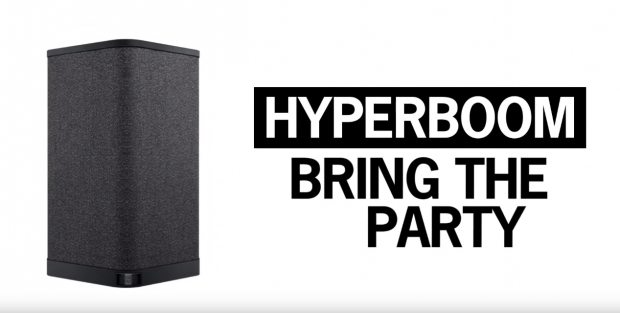