Nintendo sends mixed signals to fans who are disappointed with its clandestine and awkward approach to Animal Corssing: New Horizons save backups.

Nintendo just pulled an interesting move that has some far-reaching implications. The company just edited and re-uploaded the recent Animal Crossing: New Horizons showcase with one key bit of info omitted out--the rather draconian save recovery policy.

Before the edit, the Direct outlined the strict stipulations to getting back their precious save data. Users can only recover save data in the event of a lost or damaged console, only a single time, and only if they're Switch Online subscribers, indicating that Nintendo automatically backs up your saved data anyway but blocks off user access. (That's really the only way they could restore your data if you lose a system, whereas they could manually transfer the saves from your old broken system to a new working one in their facilities.) 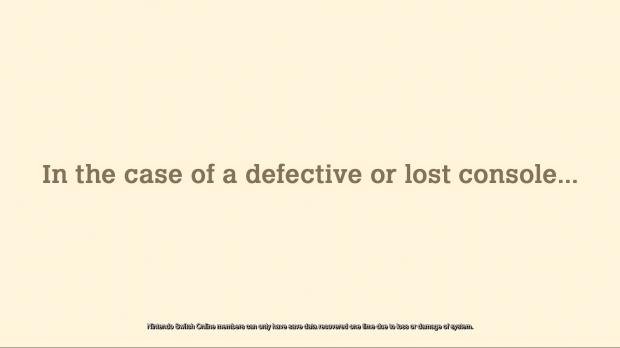 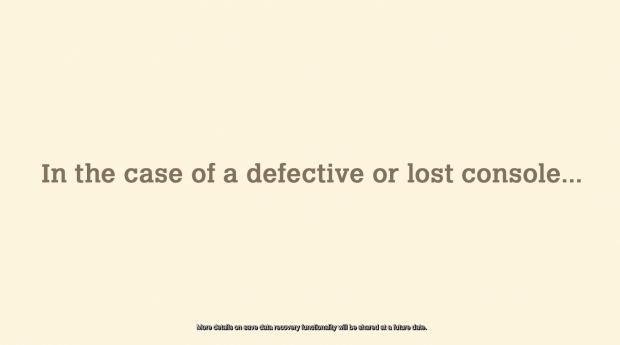 "Nintendo Switch Online members can only have save data recovered one time due to loss or damage of system," the fine print read on the original non-edited stream (thanks, Wario64).

The new edited Direct simply says: "More details on save data recovery functionality will be shared at a future date."

This could mean two things. Either Nintendo doesn't want the bad publicity (too late, lots of articles have been written and everyone knows about the non-user-friendly save data recovery info), or it's going to change the policy altogether.

It's possible Nintendo is relenting on this restrictive setup and working on a way to let gamers manually back up their data as they see fit. This isn't very likely considering the Switch is almost 3 years old and it's still an absolutely pain to transfer data two and from multiple consoles.

But still, I'd like to think Nintendo recognizes there's a big issue with Animal Crossing: New Horizon's save policy, especially since gamers will spend hundreds of hours in their digital island paradise, all while knowing they could lose all that progress at any time.