Eric Barone aka ConcernedApe has one of the top-selling indie games of all time, but he's not done yet. 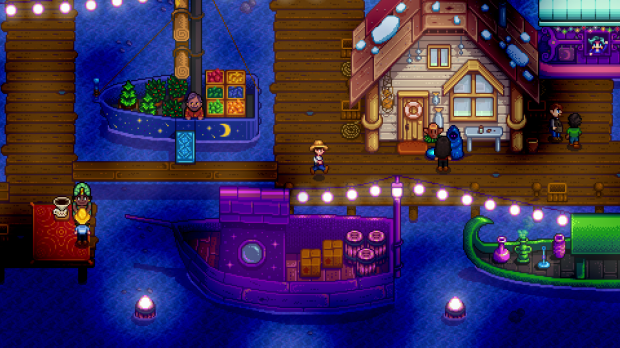 Stardew Valley creator Eric Barone is currently working on two new projects, and one of them is set in the franchise's beloved pixelated universe. But it won't be a farming simulator (exciting news!). The other is still quite a mystery.

"Yes, I'm actually working on a couple of new projects. One takes place in the world of Stardew Valley, but is not a farming game. The other, I'm not 100% sure about the world yet, but it will tie into Stardew Valley in some way," Barone said on Twitter.

According to PCGamer, Barone took a hiatus from the project in 2018.

"I've been deliberately secretive about it because I want to be able to work on it without any pressure for the time being. I also want to make sure the concept is fully realized before revealing anything, because once it's out there, I'm going to have to fully commit to it. I'm a pretty cautious person when it comes to this sort of thing."

For reference, it took Barone multiple years of laser-focused development before he shipped Stardew Valley in 2016. Barone worked day and night on the project and obsessively crunched to make sure it fit his vision 100%. And his efforts paid off big time. Stardew Valley has now sold over 10 million copies worldwide, eclipsing some major AAA games like Final Fantasy XV.