Activision-Blizzard's latest earnings give lots of clues on what to expect from its future games, especially its spending habits. 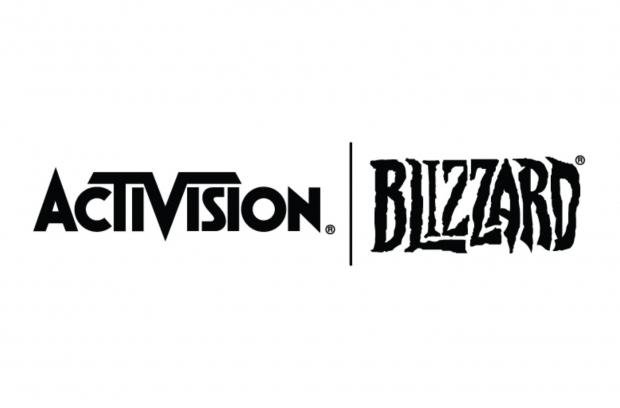 Activision-Blizzard is evolving. The company is doubling-down harder on engagement strategies than ever before with a multi-faceted plan that embraces new games, live services, mobile ports, and lots of things behind the scenes that gamers don't actually see. We've taken a close look at the company's latest 2019 financials for clues on what's next for the company, and the results are pretty interesting.

To really understand what the future holds for its upcoming games, we have to take a look at spending, certain vocabulary from executives, and what's being done to make those games--both developmental and business-based decisions.

Right now Activision-Blizzard has a new four-part plan, and making new games is only one part of the puzzle. The rest are all about making money after a game is sold, whether it be via microtransactions or even mobile ports.

The four parts include: 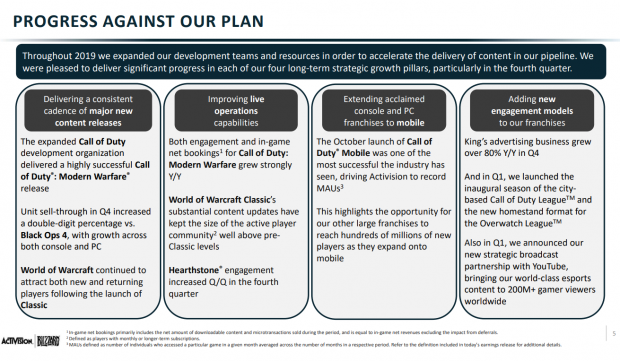 Read Also: Activision made $3.36 billion from microtransactions in 2019

All of Activision-Blizzard's new games will tap this four-part strategy.

Expect all of the company's newest games from Overwatch 2 to Diablo IV to fully support cross-play between consoles and PC, and have microtransactions to boot. No lootboxes, just cosmetics and battle passes. The plan is extremely synergistic, too, and all of the parts work together to churn the publisher's multi-billion-dollar business; full game sales are entry points to live services, engagement feeds live services, services feed earnings, and mobile ports feed engagement, live services, and accessibility by being readily available to everyone's smartphones.

Another big part of Activision's plans is to consolidate games engines. Blizzard in particular wants to use a shared games engine to power its new unannounced IP, and is currently hiring a slew of developers to help make it happen.

"In 2020, we will continue that focus with the releases and pipeline initiatives highlight today to further expand our reach, engagement, and player investment, and to extend our largest IP across new platforms, geographies and business models.

"We plan to reach more players on more platforms in more regions than ever before.

"To do so, we'll also further increase investment in our technology capabilities, technology platforms and data analytics while fund these investments with an ongoing focus on efficiency and organizational optimization to leverage our scale across the business. And we know that some of our investments won't bear fruit until next year. We're confident in our growth trajectory this year, and our growth plan and we enter 2020 with momentum."

In the full fiscal year, the company spent $4.882 billion on total expenses. R&D costs for new games and product development amounted to $998 million, or roughly 20% of total spending for the year.

We should see Activision ramp up spending to prepare its games for next-gen console releases in 2020.