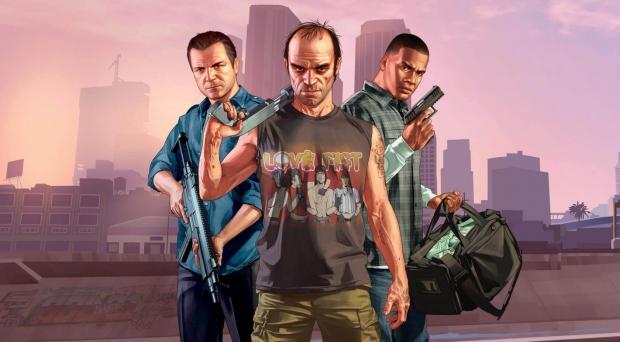 In its latest Q3'20 earnings report, Take-Two revealed some not-so-surprising stats: GTA V is still selling tremendously well, and GTA Online is still making serious cash. Rockstar's landmark crime simulator has now sold-in more than 120 million copies to date (that's a 5 million jump in a quarter) and saw a huge 54% spike in microtransaction revenues in GTA Online. Active players are also up to an all-time high thanks to the massive engagement from the new Diamond Casino Resort updates.

"GTA Online had its biggest back-to-back records in terms of player numbers, with record audience size in December and in the third quarter following the Diamond Casino and Resort update in July, and the Diamond and Casino Heist in December. We're not on track to deliver a new record in Grand Theft Auto Online recurrent consumer spending in Fiscal 2020."

There's no word on how much GTA V earned in the quarter, though. NBA 2K20 led the charge in total recurrent consumer spending and digital sales revenues, closely followed by GTA V and GTA Online.

We do know the GTA V managed to make $595 million in 2019, which would account for roughly 20% of the publisher's total Fiscal Year 2020 net revenue earnings predictions.

Take-Two Interactive earned roughly $344.13 million from microtransactions during the holiday quarter, up 15% YoY. We're not sure how much was from GTA V.

The NPD Group also notes GTA V is the best-selling game of the decade in the United States, and has consistently sat in the top 20 best-earning titles for 74 consecutive months since release.

Rockstar probably won't slow down GTA Online updates any time soon, and Red Dead Online will likewise continue to ramp up. Engagement and player count is up in Red Dead Online, and net booking earnings are up nearly 300% from last year.

Take-Two did confirm a new Rockstar Games project is part of its huge multi-year pipeline, strongly hinting that Grand Theft Auto 6 is on its way. We've predicted GTA 6 will likewise have its own monetized online mode, and that it could even link up with GTA Online to unify both services as one.