Since the release of the first season of The Witcher, fans have been speculating about who could fit the role of some pivotal characters in the new season. One of those characters is the legendary Vesemir. 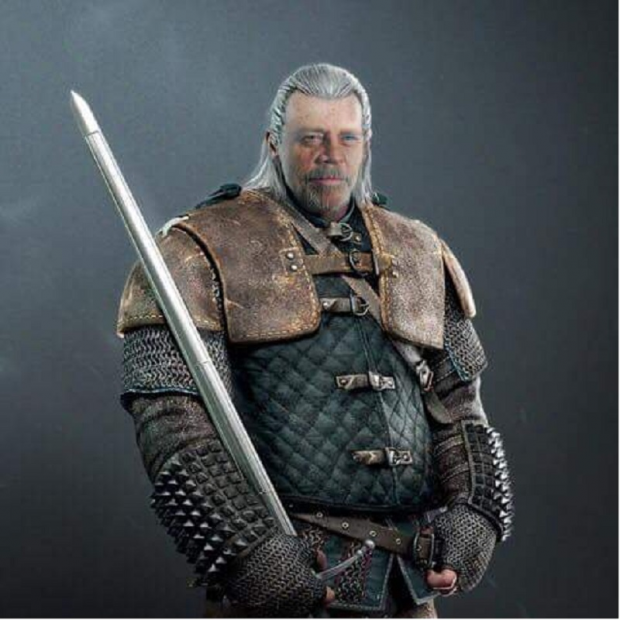 The Internet is doing what it does best, sifting through a large pile of potentials and spitting out a selection that should fit the bill. One of the main actors that are being thrown into the mix to play Vesemir is none other than Luke Skywalker himself, Mark Hamill. Back in March 2018, Hamill got caught up in a few tweets from Lauren S. Hissrich when she spoke out about the characteristics of Vesemir. Hamill replied to the tweets saying, "I have no idea what this is or what it's about but agree it could/should be played by me."

Hissrich has since spoken out about that moment a few years ago, saying "Mark has always been of interest to me and interest to the project. We have not contacted his agent yet because we're not casting the role quite yet, but that being said, I am loving what's happening on the Internet. And I'm loving all of the fan reaction to it. Obviously, we've seen what a huge fanbase The Witcher has, and to add that to a Star Wars fanbase... it makes my mind explode a little bit."

Judging by that response, I think it's safe to say that Hamill hasn't been ruled out entirely, and in fact, he probably has a decent chance to play the role. This could be especially true if Hamill enjoyed the first season of The Witcher, and decided to pick up the books to gather a greater understanding of Vesemir and what entails him as a character. 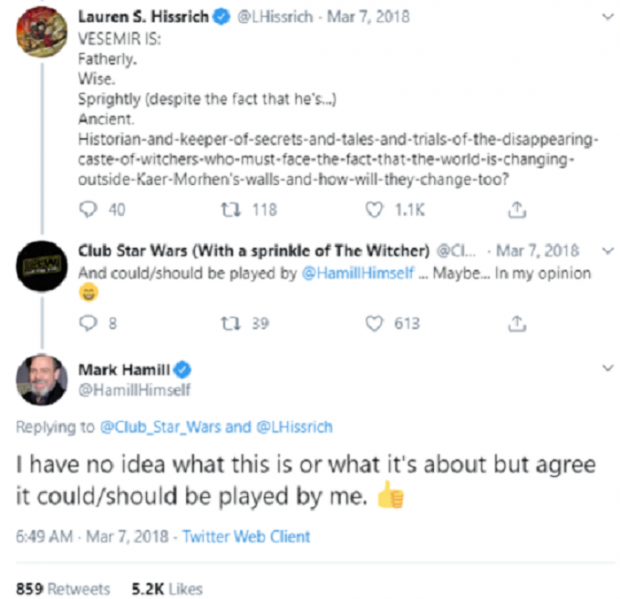