At the center of our Milky Way galaxy, we have a supermassive black hole called Sagittarius A*, and astronomers have found some weird objects floating around it. 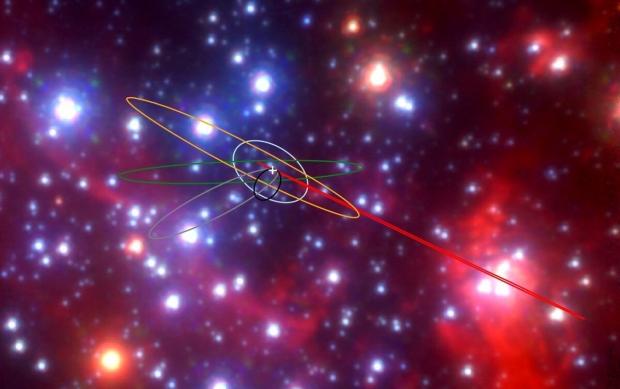 The new research has been published in the journal Nature and has indicated that astronomers have located some objects that were originally believed to be gasses. The strange part about this though, is that astronomers observed the objects and found that they moved like stars. The objects which have been titled G1 and G2 have been observed getting close to the black hole and stretching into an elongated shape.

Andrea Ghez, UCLA's Lauren B. Leichtman and Arthur E. Levine Professor of Astrophysics and director of the UCLA Galactic Center Group, said, "At the time of closest approach, G2 had a really strange signature. We had seen it before, but it didn't look too peculiar until it got close to the black hole and became elongated, and much of its gas was torn apart. It went from being a pretty innocuous object when it was far from the black hole to one that was really stretched out and distorted at its closest approach and lost its outer shell, and now it's getting more compact again."

Ghez and her team believe that G1 and G2 are, in fact, two stars that have merged together while they were both separately orbiting the black hole. Ghez also believes that throughout the merging, lots of dust has and gas has clouded both of the stars, making it unusual to observe. If you are after more information on these strange objects, a more in-depth analysis can be found here.