Square Enix plans to embrace game streaming and cloud in a big way...and it doesn't get any bigger than Final Fantasy. 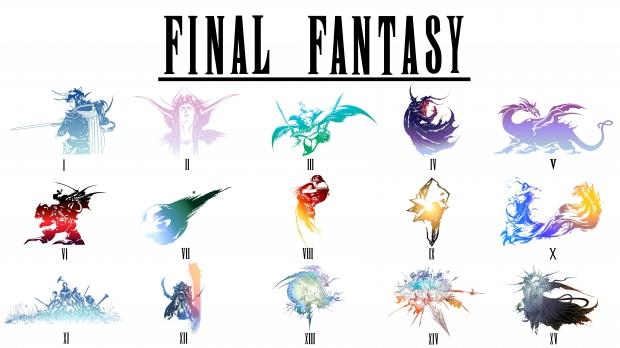 Square Enix has talked about game streaming, subscriptions, and cloud gaming for a while now. Final Fantasy XIV remains the biggest tentpole for its online endeavors, but most others have more or less floundered, relegating the games-maker to more traditional mainline dedicated game sales. Now with 5G tech on the horizon and a steady rollout of big platforms to tap 5G like Project xCloud, Google Stadia (which Square Enix is already supporting), and even Amazon's and Verizon's upcoming game-streaming platforms, Square Enix might finally be ready to make good on its cloud ambitions.

So what options does Square Enix have? The most obvious one is a Stadia-like service that wirelessly streams access to big Final Fantasy games wherever you are, even if you don't own gaming hardware. The theoretical service would stream mainline Final Fantasy hits to your phone, tablet, desktop, laptop, or even games console. We could even see other huge franchises like Kingdom Hearts likewise get adapted for streaming.

The company hasn't revealed its plans just yet and we don't know exactly what they'll do. But Square Enix CEO Yosuke Matsuda has been teasing this shift for years now, and the time could be at hand with new streaming distribution storefronts and platforms.

In a recent 2020 investor's note, Matsuda said the company is not only interested in subscriptions, but games that're made specifically for the cloud. That means streaming-exclusive titles that could use the AR functionality in newer smartphones.

"Our efforts to develop cloud-native or cloud-centric titles are already underway, and we will strive to create new gaming experiences," Matsuda said.

"Against this backdrop of change, we are not only making steady progress on developing next-generation console titles, but also actively readying ourselves to support cloud gaming, which we expect to take off with the advent of 5G.

"The arrival of streaming as a new distribution platform will not only further accelerate the transition from the traditional disk-based sales model to digital sales, but could also drive significant change in business models themselves via the adoption of subscription models, for example."

These newer streaming-only games will probably be experimental and smaller experiences, not sprawling RPGs that Square Enix is known for. Remember that Square Enix's bread and butter is dedicated game sales, not online-driven experiences, and certainly not mobile games. Final Fantasy XIV is the main outlier here and does indeed deliver consistent revenues year after year, but on the whole Square Enix makes most of its revenue from big hits like Kingdom Hearts III and the upcoming Final Fantasy VII Remake.

This isn't the first time I've made this prediction about a Final Fantasy game streaming service.

Back in 2017, Square Enix CEO Yosuke Matsuda said games-as-a-service would be integrated into the business model, which led me to naturally predict some sort of EA Access-like subscription model that wraps access to the publisher's games for a monthly fee.

Then in 2019, Matsuda made some pretty obvious comments about an on-demand Square Enix games subscription.

"We actually have launched a dedicated project internally to port classic games like those on NES, so we are working to make them available on a variety of platforms. Certainly down the road we would like to see that on a subscription or streaming service, so we're exploring the possibility of creating a dedicated channel for ourselves," he said.

There's also a possibility Square Enix could launch its own game store client similar to uPlay, the Rockstar Launcher, Bethesda.net, or Origin. This way the company would tie a store to its online digital subscription offering, possibly with cross-play for even more accessibility options.

Bear in mind it could take Square Enix a bit to actually bring these ideas to fruition. But it's still pretty interesting, and we should definitely keep a close eye on what they're up to.