Having already made a splash into virtual reality, Nintendo could bring AR to its mega-popular Switch system. 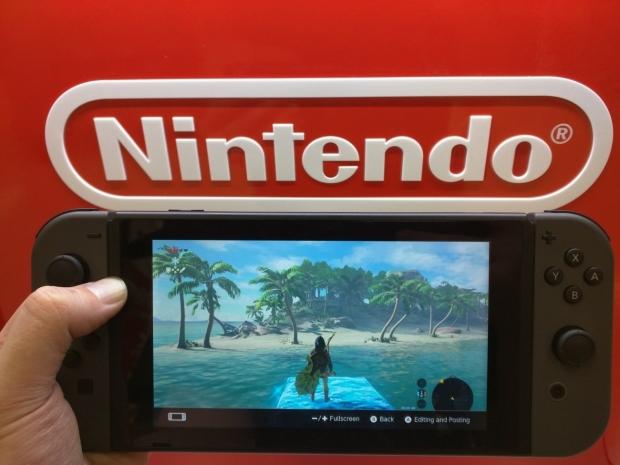 Nintendo is constantly experimenting with new hardware and technology. Some of it never gets released, and some end up being sold as gimmicky add-ons. The company's current attraction is Augmented Reality, the same tech that helped Pokemon Go rake in billions. It's likely the Switch will get some sort of AR attachment or add-on functionality in the future to inject new immersion and creativity into Nintendo games.

In a recent interview with Japanese magazine Nikkei, Nintendo President Shuntaro Furukawa strongly hints interesting things are on the horizon. Nintendo is always looking for the next big thing, and it's really curious about AR.

"We are not turning our backs on new technologies. We are constantly researching and developing. Our hardware development teams evaluate all kinds of new technologies available thus far and consult with our software developers. If they determine that a technology can be used with a game, then they will utilize it. We will not be changing this fundamental approach moving forward," Furukawa said.

"As for AR, it is definitely one of the many aspects we are interested in. We are currently researching what interesting ways we can utilize it."

Even if AR is included, don't expect it to be a major selling point. If anything it'll be an ancillary and secondary function, something interesting and fun but not a huge component of the system itself. We'll probably see small mini games, perhaps something involved with Amiibo, and maybe a few indies and first-party games use the functionality.

Nintendo could also be working on a next-gen Switch console to beef up specs and carry games into the 4K realm.

Kantan Games analyst Dr. Serkan Toto predicts Nintendo will launch a Switch Pro with 4K support and beefier specs in 2020 to counter the PlayStation 5 and Xbox Series X. We think this is possible, but the timing seems off.

We expect any Switch successor to release after next-gen consoles in 2021 onward.