Nintendo has just announced they're bringing out cardboard cut-outs to the world of gaming with Nintendo Labo, following Nintendo Direct Mini event which was just a couple of weeks ago.

Nintendo never disappoint with their motivation to be the leading company of innovative ideas in the gaming industry. Keeping up the pace of fresh ideas, Nintendo has now announced Nintendo Labo, a customizable accessory kit made out of cardboard for Nintendo Switch users.

Nintendo Labo will open the door to another widespread of games that will be available on the Switch, users will be able to make, play and discover the 5 different Nintendo Labo projects that are available. Users are encouraged to step out of their creativity boxes and take Labo to a whole different level by creating their own projects with the Labo cardboard.

For further information on how Labo works and the extent of creativity visit Nintendo Labo here. 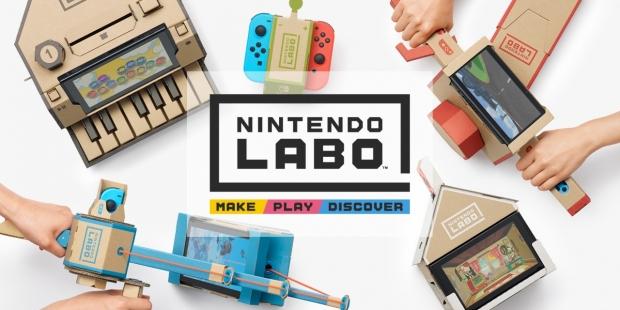