Nintendo is pushing for Mario to become the most recognizable character in media, and while he is already the face of gaming, this isn't enough. Nintendo wants more. 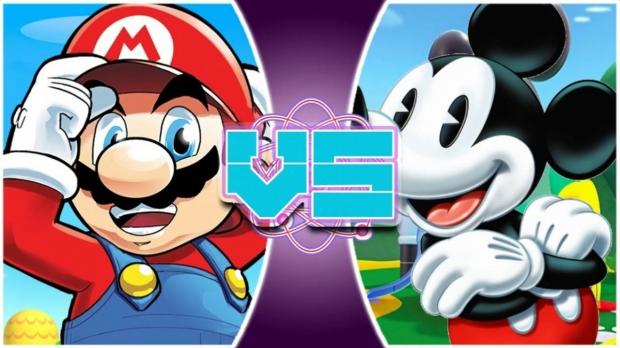 Mario's creator Shigeru Miyamoto wants Mario to be Nintendo's character the leads the frontal assault on Disney. The eventual plan is for Nintendo to replace Disney's Mickey Mouse and for Mario to become the most recognizable character in media. Nintendo is planning on doing this with the Super Nintendo World currently being constructed in Universal Studios Japan, an upcoming Super Mario movie, and some personality changes. According to Miyamoto, Mario's personality will be changing a bit to combat those pesky parents who are still keeping their children from playing video games.

Nintendo has a problem with this because those same parents are much more likely to allow their children to watch Disney movies, meaning Nintendo is losing out on a huge market of character influence. To tap into that market, Miyamoto says that Mario's development will convert from being quite strict to more loose, opening the character up to more possibilities. This change in Mario's personality is a reflection of Nintendo's interest in "creating greater opportunities for a larger audience to enjoy [the Mario universe]."