SpaceX seems to have just breathed life into its biggest rocket yet, the full-size Starship Mk1 vehicle. Are we ready to take off yet?

Perhaps not just yet, but the preliminary testing before take-off is underway. According to onlookers of the Starship testing at SpaceX's facilities near South Texas town Boca Chica, the Starship prototype entered a pressure testing phase. Above, we have a video from the NASASpaceflight YouTube Channel, who captured SpaceX employees working on Starship and then it's first-ever vent test.

SpaceX CEO and founder Elon Musk has said that the Starship Mk1 will be companies deep-space transportation vehicles and that the rockets used aboard the ship will be reusable to minimalize flight costs. Starship is 165-feet tall and uses SpaceX's biggest rocket yet, the Super Heavy. SpaceX recently got selected by NASA to work on the Artemis lunar program to design a lunar lander, check out that article here. 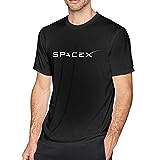