The submission continued: "Whilst they are primarily designed to prevent identity crime, Home Affairs would support the increased use of the Document and Face Verification Services across the Australian economy to strengthen age verification processes". 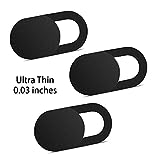