OnePlus seem to be gearing up for the announcement of the new McLaren Edition of their new flagship OnePlus 7T Pro smartphone, with the CEO of OnePlus practically unveiling it on Twitter.

OnePlus CEO Pete Lau took to his personal Twitter account with a simple image, which is definitely teasing the new OnePlus 7T Pro McLaren Edition smartphone. The previous-gen McLaren Edition handset for the 6T last year saw it with the beefiest specs of the 6T family of smartphones, with a black-and-orange McLaren-infused design, and ridiculously-fast 30W charging.

But with fast-charging taking the fast lane these days with companies like Vivo offering 120W fast-charging, and Samsung's new Galaxy Note 10+ supporting 25W out of the box and up to 45W with a specific charger, OnePlus will want to one-up the competition with the 7T Pro McLaren Edition smartphone.

The current 30W charger for the normal 7T can get it from 0-70% in just 30 minutes, so anything faster than that is going to be gravy, baby. 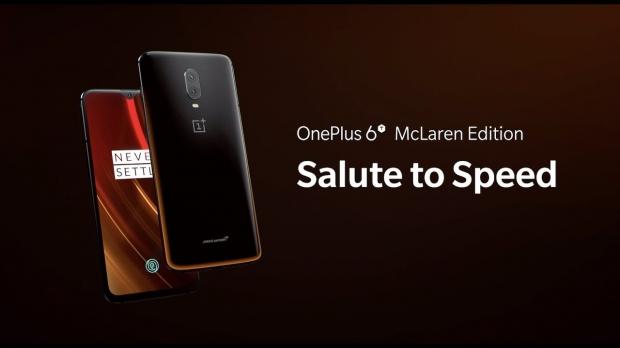