Activision and Infinity Ward have enabled the full hype train for Call of Duty: Modern Warfare as we get into the final weeks before its big launch, with a new launch trailer released. Check it out:

The new trailer is action-packed, with plenty of 'splosions, fights, helicopters crashing and Metallica's "Enter Sandman" playing over top. I definitely feel like this isn't like the last few releases of Call of Duty, and definitely feels like what we loved from years ago. It also looks far better than previous COD titles, something I want to play with RTX enabled.

As for the story of Call of Duty: Modern Warfare, this will bring you up to date: "When the world is threatened, you'll have to get your hands dirty so the world stays clean. In a desperate mission, Captain Price and the SAS will partner alongside the CIA and the Urzikstani Liberation Force to retrieve stolen chemical weapons. The heart-racing fight will take you from London to the Middle East and other global locations, as this joint task force battles to stop full-scale global war. Lines will be drawn, your resolve will be tested, and the world will look to you to do what needs to be done".

Call of Duty: Modern Warfare launches on the PC, Xbox One, and PS4 on October 25. 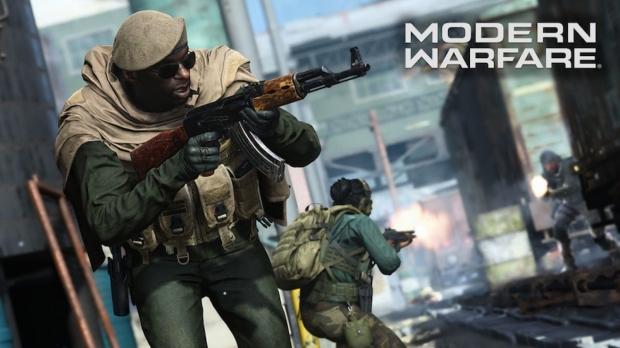