Ever since the release of Banjo-Kazooie as a DLC character for Super Smash Bros. Ultimate many fans have speculated what the next mystery fighters could be. We now have a comprehensive list based on location.

Before jumping into what specific regions want specific characters, it should be noted that these lists which have been compiled through Twitter responses do not reflect the views of the entire Smash community. These images are just a mere insight into what the most requested characters are from the three separate regions: Japan, USA and Europe.

Redditor Zelcf formed up the charts and what we see from them is a great spread of different characters, and some characters even appearing in all three regions. Sora from the Kingdom Hearts series owned by Disney falls into all three regions, while Sony's Crash Bandicoot is a want from USA and Europe, which is the same for Minecraft's Steve. Doomslayer from the Doom series is also a pick in USA and Europe, while Dante from Devil May Cry is chosen by Japan and Europe. 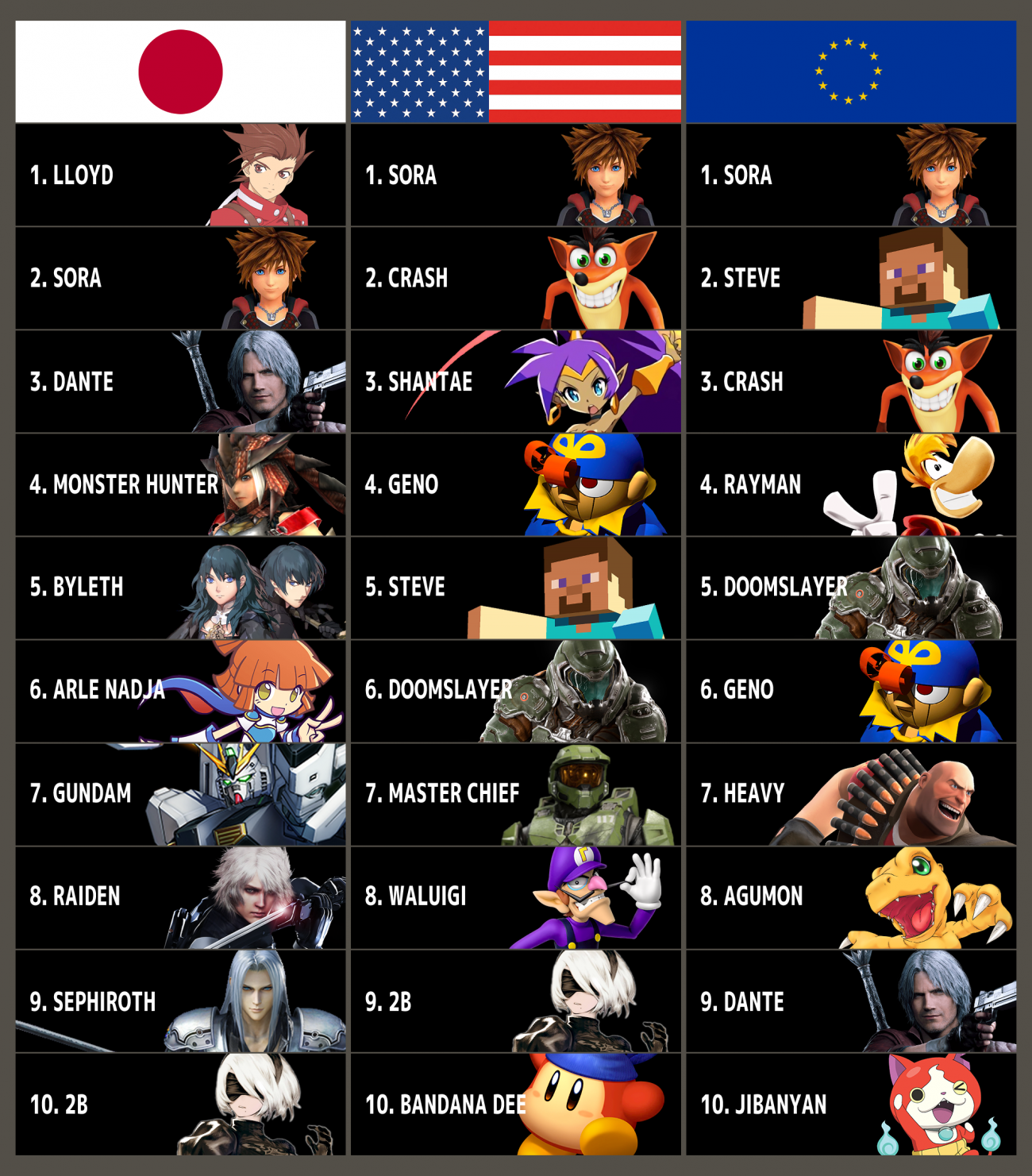 It isn't out of the question to say Nintendo are watching lists like these very closely to see if they can pick a character that is going to please players from all regions. If Nintendo did this they would gain a positive (if it was represented correctly) response from the largest audience possible.