Locating your games in your Steam library can sometimes be a bit of pain, especially if you have thousands of games you need to cycle through. 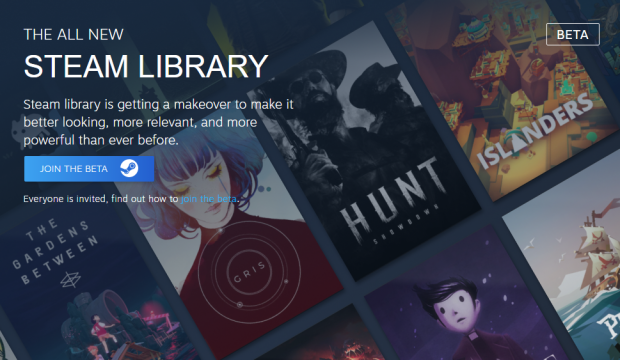 Valve has announced on their website that Steam Library will be getting a "makeover" to make it look "better looking, more relevant, and more powerful than ever before." This makeover will have an beta that Steam users can join and that everyone is invited to. What will the beta feature?

The home section of the library will show updates for the games you have in your library as well as the most recent games you have played. It will also show some activity from your Steam friends and what games they are currently playing. What is probably the best new feature the ability to be able to make shelves, which gives Steam users the choice of being able to customize their Library Home layout however they want.