In a huge surprise at PAX West on the weekend, Gearbox Publishing and Black Bird Interactive (BBI) announced Homeworld 3. Homeworld 3 is being crowdfunded through Fig, with the announcement trailer below:

Homeworld 3 will return to its roots, not only in terms of gameplay and its world -- but BBI consists of the original Homeworld developers and artists, as well as a "dream team" of games industry veterans who worked on the Homeworld Remastered Collection at Gearbox Publishing.

Gearbox teases that Homeworld 3 will be a "gripping continuation of the story, fully 3D combat, and the classic RTS elements you expect".

There was a super-simple funding goal of just $1 for Homeworld 3, with funding split into various stages -- but the goal is to bring the developers and players closer together. They explain on Fig: "We've been craving the right opportunity to dive deep with a community in a way only crowdfunding offers. With Homeworld's incredibly patient and thoughtful community, we've got exactly that opportunity".

19 people have pulled the trigger on the $1000 package, where you will get everything below this tier as well as:

Homeworld 3 is expected to be released in 2022. 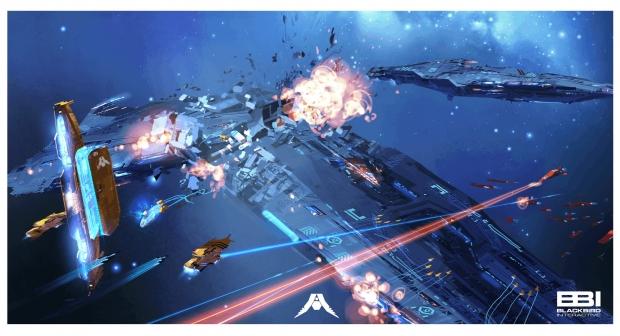