NBA 2K20's newest trailer is filled with lottery-style gambling-esque mechanics, including random card packs straight out of Magic: The Gathering, spin wheels, and even slot machines.

NBA 2K games are huge cash crops for Take-Two. Last quarter, NBA 2K19 became its best-selling sports franchise of all time and helped rake in $313 million from microtransactions. NBA 2K's MyTeam mode, which is a lot like FIFA Ultimate Team, is the main driver for this success.

Today 2K dropped a new trailer for NBA 2K20's MyTeam that perfectly illustrates its lootbox-style monetization. It exposes very luck-based mechanics that're reminiscent of a casino, with star NBA players to illustrate just how big you can win from its Triple Threat slot machines, card packs, and a new spin wheel straight out of a game show. The game's engagement hinges on allowing users to build a fantasy dream team of players, but it comes at a cost: either grinding for in-game currency to unlock and then upgrade the players via card packs, or paying money directly for the Virtual Currency itself. There's apparently lots more opportunities to win and earn VC this time around, though.

NBA 2K's monetization has been strongly criticized in the past and remains one of the biggest examples of lootbox-style microtransactions.

Thanks to pressure from Washington and other worldwide governments, most publishers have distanced themselves from these revenue-generating mechanics and switched over to cosmetic-only mTX, but annualized sports franchises are the exception (most notably are EA's billion-dollar Madden and FIFA games).

However, Take-Two has pledged to reveal odds of its lootboxe unlockables by 2020 alongside other major players like Activision-Blizzard and Electronic Arts.

We should expect to see these kinds of games push the bar for as long as they can. 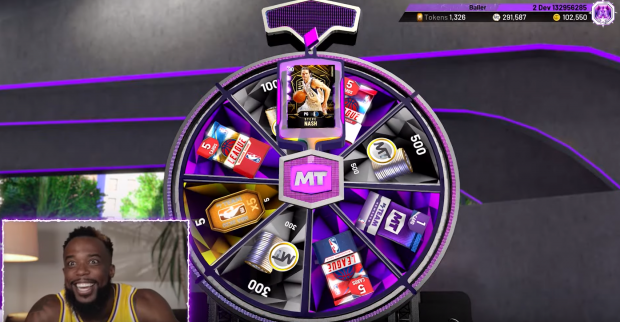