Researchers have managed to create a new endoscope design that is capable of self-calibrating and taking images of objects smaller than a single cell. 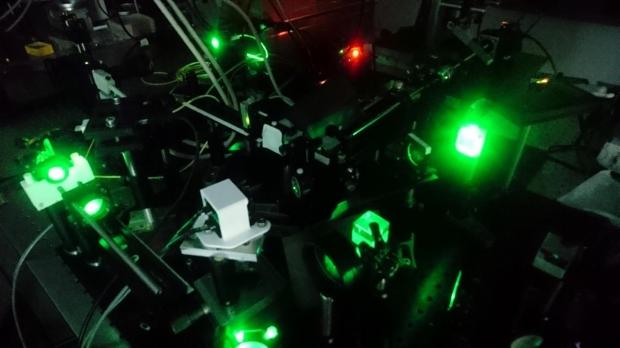 For those that don't know, endoscopes are tiny instruments that are used to view the internals of the body. Traditional endoscopes use camera and light to capture images, while researchers that have developed this new endoscope have achieved 3D image capturing without the use of any optical, electrical or mechanical components. This new endoscope measures in at just 200 microns across, which is approximately the size of a needle.

This new endoscope will have widespread medical application and since its tiny, and doesn't feature any bulky components, it's expected that it will be especially useful in optogenetics. Juergen W. Czarske, Director and C4-Professor at TU Dresden, Germany and lead author on the paper gave a statement regarding the endoscope, saying "The lensless fiber endoscope is approximately the size of a needle, allowing it to have minimally invasive access and high-contrast imaging as well as stimulation with a robust calibration against bending or twisting of the fiber."

The 3D imaging capabilities of the endoscope was also touched on by Czarske "The novel approach enables both real-time calibration and imaging with minimal invasiveness, important for in-situ 3D imaging, lab-on-a-chip-based mechanical cell manipulation, deep tissue in vivo optogenetics, and key-hole technical inspections".